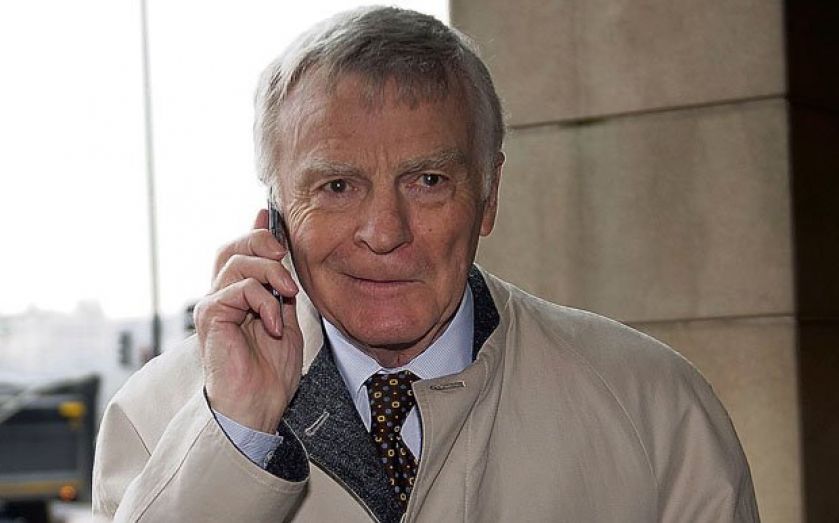 F1’s prize money grew 6.1 per cent to a record £484m in 2014, yet this year many of the teams still need to boost their budgets with tens of millions of pounds from their drivers. This is because prize money is not distributed equally, with the three top performers – Ferrari, McLaren, and Red Bull Racing – alone receive 46 per cent of it.

“I think the money should probably be distributed more fairly,” said Mosley.

Over the past six months the Caterham and Marussia teams have collapsed as a result of F1’s high costs, which come to an average of £150m annually per team.

It has driven the three smallest outfits – Lotus, Force India and Sauber – to campaign for a greater share of the spoils. Mosley suggests F1’s governing body the FIA, of which he was president until 2009, should step in to prevent more teams hitting the wall.

“The FIA would only be justified in getting involved if the competition itself were being distorted,” he added. “Obviously the FIA should intervene if one team were running a bigger engine than the others and that is covered by the regulations. However, the effect of having vastly more money is exactly the same as having a bigger engine.”

To balance their books some teams take drivers who come packaged with sponsorship. The biggest payer is believed to be Venezuela’s Pastor Maldonado, who brings around £17m to Lotus from oil company PDVSA.

That approach can come at the price of performance, however. Maldonado has attracted a reputation for spectacular crashes and hit the barriers on the first lap of this month’s season-opening grand prix in Australia.

Just 11 cars finished that race as five retired and four failed to start. Accidents make a huge dent in the teams’ finances as it costs around £150,000 to replace a front wing, £250,000 to change the nose and £1m for the chassis.

Despite the imbalance in distribution of prize money contributing to the financial difficulties of some teams, the sport’s popularity has remained largely undamaged, precisely because of the appeal of its most well-known names.