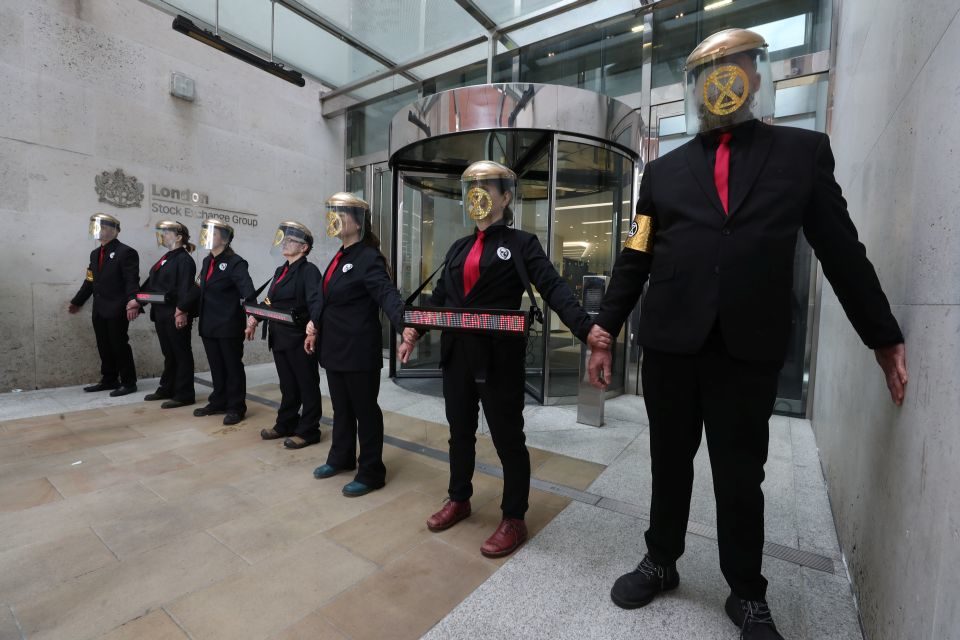 Climate change activist group Extinction Rebellion said today it would target the financial industry in a new wave of protests this year.

Gail Bradbrook told Reuters that “the economic system is acting like a cancer on humanity.” and said: “The regulatory system, the accountants, the legal firms support the metastasizing of this cancer.”

Last year the group targeted the City in two waves of protests in April and October, shutting down streets and glueing themselves to the London Stock Exchange.

The group said its new tactics would be more targeted, moving away from its previous strategy of blockading roads.

A spokesperson said: “One of the things we are trying to do this year is move away from disrupting the public and disrupting roads. We want to be more targeted at the toxic systems that are creating climate and ecological breakdown and the financial industry is one of those.”

In October, Extinction Rebellion activists sparked anger after they climbed on the roof of a Docklands Light Railway train in Canning Town during the morning rush hour.

The activists were set upon by angry commuters in violent scenes. Senior figures in the group later admitted that the tube protest was a mistake.

The City could be targeted in a new rolling wave of actions starting on 23 May, Bradbrook said.

A PwC spokesperson said: “As a business that has been operationally carbon neutral for 12 years, we agree the climate crisis couldn’t be more important to our people, our business and our planet.

“This is why we’re doing all we can to reduce our own impact, and working across all sectors to help our clients transform and innovate to address the challenge.

“Achieving net zero is only possible if everyone, including business, works together to take action.”