Extinction Rebellion hates capitalism, but these climate change protesters wouldn't exist without it 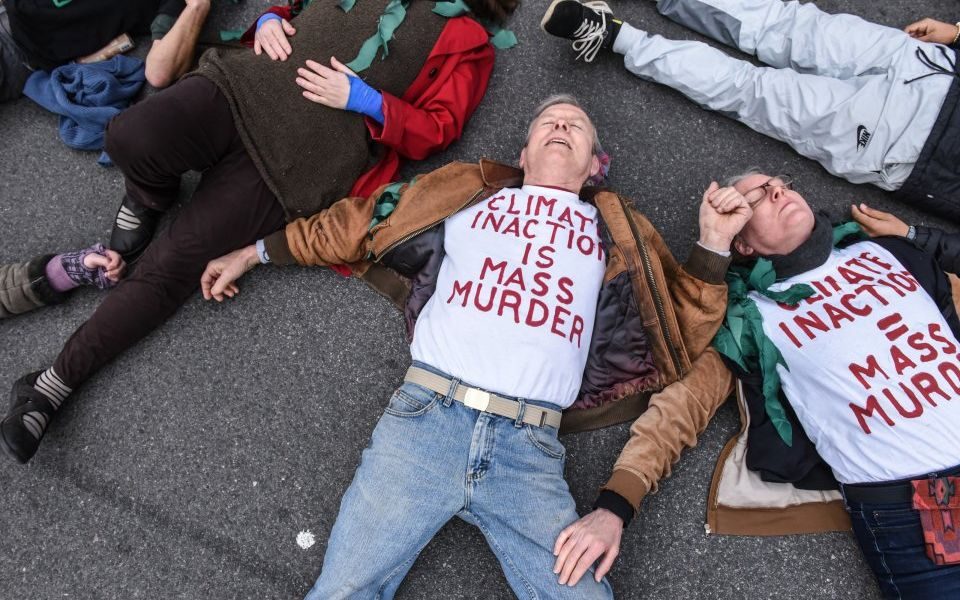 The Extinction Rebellion protesters on the streets of London seemed to consist of two disparate interest groups: pensioners and the young. Their shared connection is that most of them – certainly in the former group – seemed to be affluent.

An identical alliance was observed a few months ago in the rather unlikely setting of the borough of Richmond upon Thames.

The Liberal Democrat council wanted to introduce a 20 mile an hour speed limit on every single road in the borough, except for two major trunk roads. But they chose to hold a referendum on the matter before making a decision.

Just as with Brexit, this plan rather backfired on them. The proposal was defeated. In an uncanny replay of the EU vote itself, the margin was narrow at 49 to 51 per cent.

Echoing the national Lib Dem attitude to the Brexit vote, the local councillors announced that they would ignore the result of a vote that they themselves had instigated.

Shamelessly, given the way that they have vilified older voters over Brexit, the Lib Dems cited as a reason for bringing in the speed limits that 60 per cent of elderly respondents were in favour. Their second reason was that a similar percentage of young people also voted for their proposition.

At one level, this is just an amusing anecdote revealing the true nature of the supposedly cuddly Lib Dems. Even by the standard of modern politicians, they are wholly duplicitous. Nick Clegg set the tone in the 2010 General Election, when he promised not to put up tuition fees, and then promptly voted to treble them when he became deputy prime minister.

Yet the episode in Richmond upon Thames does suggest that this strange political alliance between affluent pensioners and young people is both widespread and deep seated. A sizeable proportion of this new grouping appears to believe that all their problems are caused by capitalism. But if it were not for capitalism, very few of them would exist in a way which allowed them to carry out political protests.

In the case of the pensioners, this is quite literally true. Without the prosperity generated by capitalism, most of them would now be dead. After all, life expectancy for men is now 79 years and for women 83, and over the past 100 years, it has increased by nearly three years a decade. So in 1919, life expectancy was in the low to mid-50s. If life expectancy had not increased, then the ranks of Extinction Rebellion would have been noticeably thinner.

The Nobel prize-winning economic historian Robert Fogel argues that much of the improvement to life expectancy was due to the increases in calorific intake and better nutrition which economic growth made possible.

As for the young, it was only in 1918 that the school leaving age was raised from 12 to 14. Apart from a really tiny minority of the very privileged, they would all have been at work rather than at “uni”.

Capitalism generates economic growth by encouraging innovation. And it will be innovation that will solve the climate problem, rather than wearing a hair shirt.