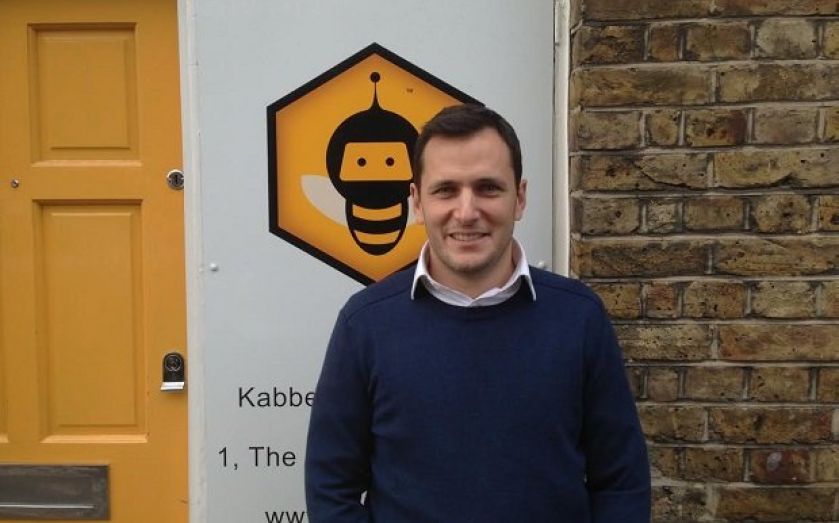 Yesterday, taxi app company Uber was valued at $40bn (£25.7bn) after it completed a $1.2bn funding round. This year, London has experienced an explosion in the growth of taxi apps, with different services dealing with black cabs, minicabs and other vehicles springing up all over the capital.

Speaking to City A.M., Justin Peters, chief executive of  the minicab comparison and booking app Kabbee, gave his overview of the market for these services in London and beyond, and explained how Kabbee plans to respond to this fast-moving market.

In light of Uber's latest valuation, Peters said that as one of its competitors Kabbee "followed the Uber story every day", and that this latest valuation could soon look cheap given the company's exponential growth. He identifies London as a key pin in Uber's future growth, and the possible entry of more US companies like Lyft makes the capital an especially exciting market.

Kabbee, Peters says, is the "anti-Uber". It works with multiple fleets rather than just one monolith, making it the antithesis of an "Uber clone". He says Kabbee's platform has "arrived in the nick of time" for the minicab industry, allowing it to develop and remain relevant in face of competition from "the fastest-growing company in the history of the world". 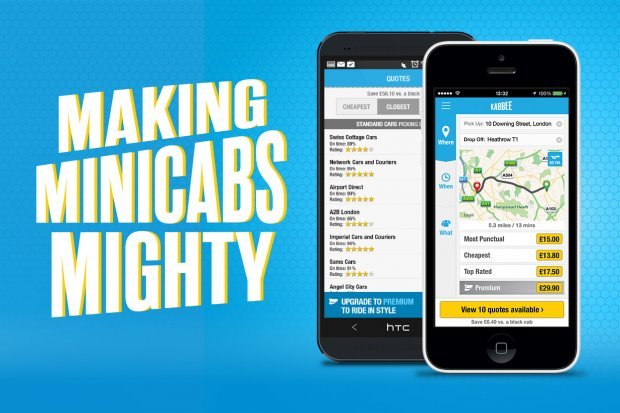 Because many of London's minicab firms lack the capital, and advertising abilities to compete with Uber, Peters says without Kabbee "the future for the minicab sector could be bleak". He warns companies in the sector who don't have a game plan to deal with rise of Uber will soon be in real trouble.

However, Peters is not disparaging of Uber, but welcomes the competition and says "it keeps you on your toes". He's realised that "if you don't swim fast enough, you will sink". Far from disrupting Kabbee, Uber has "galvanised" the company. Peters says it is "great to have the challenge" of facing a company like Uber.

Furthermore, he's refreshingly free of that school of thinking that calls for government regulation to suppress competition. Kabbee will succeed, he argues, "if we focus on what we do" and continue to add value.

Far from decrying Uber's entry into the market, Peters believes London's cab app market has the potential for massive growth. In other words, the market is not a zero-sum game, but diversity and competition will work to the benefit of consumers and suppliers. "You are never prepared for a competitor like [Uber], but they haven't knocked us out", says Peters.

He is particularly pleased with Kabbee's success over the past year, with a whopping 60 per cent drop in wait times for users and giving 20 fleets of minicabs shorter wait times.

The world of taxi apps has been gripped by regulatory battles over the past year and Peters has his sights on one particular regulation that he believes doesn't stand up to scrutiny. Instead of passing more regulations to limit competition, Peters says the access of bus lanes being limited to black cabs is unjustifiable and prevents a better service.

He explains that bus lanes were originally intended for public transport primarily used by the poor. But black cabs are disproportionately used by those on higher incomes and have a special privilege to use these lanes.

Instead of the privileged position black cabs now enjoy, bus lanes should be opened up to minicabs which are used by those lower on incomes, says Peters. He adds, (London Mayoral candidates take note) there could be up to "60,000 votes" for a politician who pledged to open up the bus lanes to the likes of Kabbee and Uber.

However, London's growth is not necessarily coming as a big benefit to London's traditional black cab drivers. Cabs remain a luxury, and consumers' "feel good factor", that is so crucial to this market, hasn't yet returned to pre-recession days.

The real growth in recent years has been in app-based services. While London does have "pockets of resilient growth", we may have to wait a while before a wider pickup in the market.

The intense competition prevailing in the London taxi market has been a boon to consumers who've enjoyed falling prices. But the good news doesn't end there. "Prices can definitely come down as resources are allocated more efficiently", says Peters. Using Kabbee as an example, the company has increased efficiency by allocating the scarce resource of minicabs more effectively, leading to 20 per cent less dead mileage and increased profitability. Some of these profits can then be used to cut prices.

Peters adds that there is, of course, a "natural floor" beneath which prices can't fall if some of these companies want to remain in business. But the good news is that Peters believes prices could come down by as much as 20 per cent in one and a half to two years.

From Kabbee's perspective, Peters says the company has benefited from the "narrowing of the quality gap" between minicabs and black taxis. Looking to another competitor Hailo, which recently had to pull out of the US, Peters says he not sure where the company can go next but says they have a key advantage in areas like the City because black cabs can use bus lanes.

However, at peak times like Friday and Saturday nights there remains a limited supply of black cabs relative to demand. Peters says some consumers may not want to rely on Uber at times like this thanks to surge pricing, so Kabbee can step in to play an important role.

Looking back at George Osborne's statement, Peters says he would've liked to have seen action taken to payroll taxes for small, fast growing companies that are increasing employment.

As the year draws to a close, Peters is full of optimism for Kabbee's future in 2015 and believes that London will be an "exciting place for the future of urban transportation".