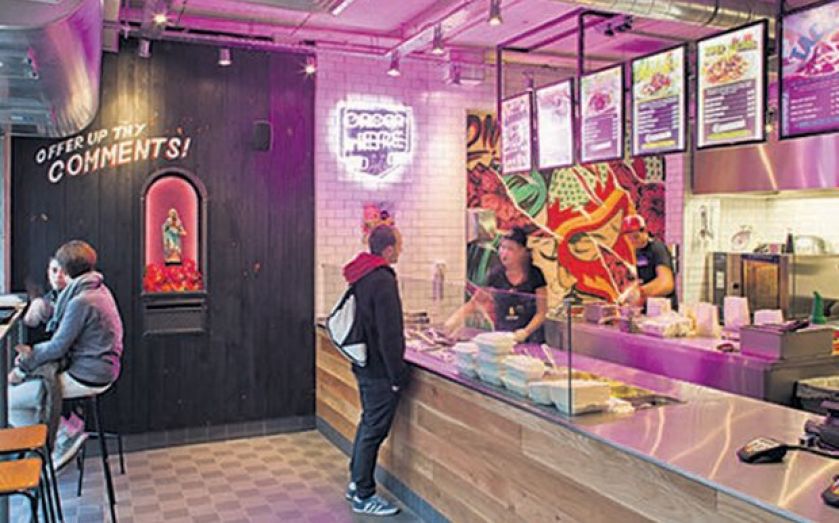 Mexican chain Chilango, best known for its “Burrito Bonds”, is in talks to secure its long-term future with restructuring firm RSM and is more than six weeks late posting its accounts.

City A.M. understands from a source familiar with the discussions that the firm is considering all options including administration or a company voluntary arrangement – a controversial restructuring agreement that allows restaurants to close outlets and cut rents.

Chilango confirmed to City A.M. that it had engaged RSM “to assist on long-term planning, options and strategy” for the company. The firm declined to comment on what those options are.

Accounts for Chilango – which runs 12 restaurants in London, Manchester and Birmingham – were due to be filed with Companies House by 30 September, but are marked as overdue online.

A Chilango spokesperson said the company was “currently working” with its auditors to get the accounts “out as soon as possible”.

It is understood the company is audited by Grant Thornton.

The burrito chain has raised £5.8m from around 1,500 retail investors through two mini-bonds dubbed “Burrito Bonds” – controversial investment products that have come under scrutiny in recent months.

They offer high interest rates, but are unsecured – meaning that if the company involved collapses, bondholders may not get any of their money back.

The bonds also cannot be traded between third parties and are illiquid – because of this, they are considered risky investments.

More than 700 investors backed Chilango’s first bond, which was raised in 2014.

Its most recent bond – promising an eight per cent return for four years – closed in April. The offering was oversubcribed, and exceeded its initial £1m target to raise £3.7m from almost 800 retail investors.

The minimum investment for the bond was £500 but 194 backers invested over £10,000, qualifying them for a free weekly burrito for the duration of the loan.

Minibonds have lost their shine recently amid concerns investors do not understand the risks involved with the products following the collapse of mini-bond lender London Capital & Finance (LCF) in January.

LCF went into administration owing £236m to more than 11,000 investors. As issuing mini-bonds is not a regulated activity, most investors are not entitled to compensation.

In April, the chair of the City watchdog said it would investigate “whether the existing regulatory system adequately protects retail purchasers of minibonds from unacceptable levels of harm”.