Everybody loves Raymond: Blanc and his amazing Manoir 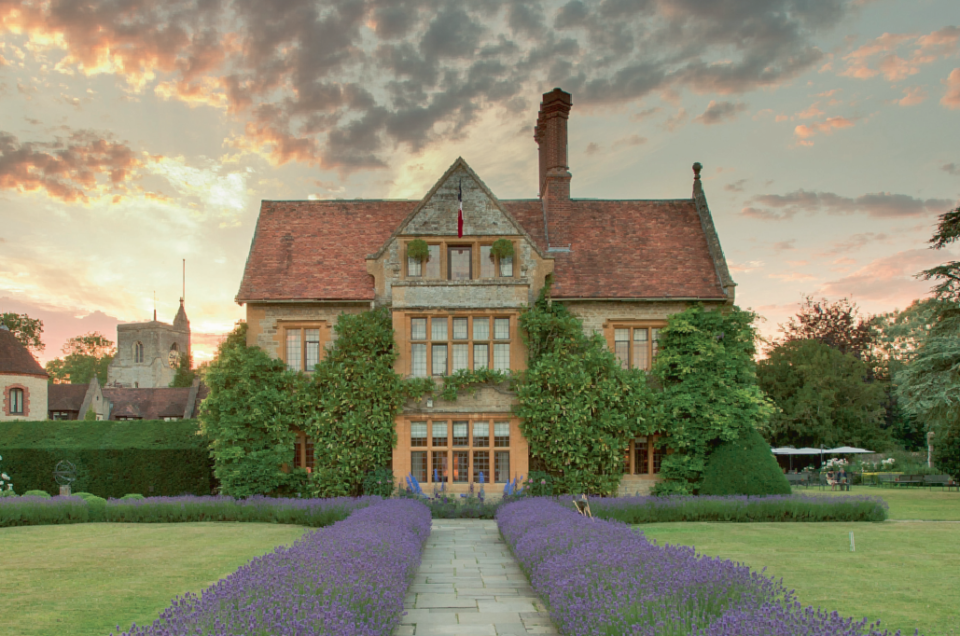 To tide us over until we’re able to travel again, we’re republishing classic travel stories from our archives. This week we revisit Kate Vandy’s meeting with superstar chef Raymond Blanc at his Le Manoir aux Quat’Saisons.

Raymond Blanc’s Le Manoir aux Quat’Saisons first opened its doors 30 long years ago, to instant acclaim. A year later it won two Michelin stars; it still has them today. Many of its former chefs have gone on to become the biggest names in the culinary world – Sat Bains, John Burton-Race, Heston Blumenthal, Marco Pierre White… the list goes on.

Read more: The best of travel: Why Okinawa is Japan’s Alex Garland destination

Blanc can even take some credit for the culinary renaissance we’re seeing in the UK today. His pursuit of perfection and his focus on freshness, taste and quality was years ahead of its time. “The first British food I had was a fish finger,” he recalls. “I was astonished because it looked nothing like a fish. Now Britain has more international cuisine than France.”

To celebrate 30 years of Le Manoir, the passionate bon viveur has invited some of his protégés back to Le Manoir to cook for a small group of 40 diners. Each month a different chef has served up his own take on Blanc’s cooking, with the man himself presiding over them like a proud father.

“It is so wonderful to cook with chefs who started in my kitchens and now own and run their own Michelin-starred restaurants,” says Blanc. “I am a proud man.” And proud he should be: some of those who have returned to home base include Michael Caines, Ollie Dabbous, Martin Burge, Paul Heathcote and Adam Simmonds. The final evening in the series, featuring cooking by Alan Murchison (La Bécasse), will take place later this month.

The reason Blanc’s influence extends so far is that he sees Le Manoir not just as a hotel and restaurant but as a training ground for the chefs of tomorrow. “Teaching is one of the most important things to me. I love to pass on what I know.”

I spoke to several chefs who have worked for Blanc and they all praise his commitment to nurturing talent, even if that sometimes manifests itself through tough love. Whatever he’s been doing, it clearly works: to date he’s trained 27 Michelin-starred chefs, more than 40 restaurant managers and some of the world’s best sommeliers.

“I can trace my connection to French cuisine to my time with Raymond and it remains an influence on many of my dishes to this day,” says Martin Burge, now head chef at Whatley Manor in Wiltshire. “My three years at Le Manoir were the foundation stones of my career.” Walking around the grounds of Whatley Manor, and perusing Burge’s menu, the influence is clear, although the price tag is less hefty.

Dabbous says Le Manoir is where he learned how to cook. He rose to be senior chef de partie at Le Manoir, and has said it was the hardest place he ever worked. But, he says, “it was also the best. Everything was made from scratch. They can afford to do things properly.”

For Murchinson, Le Manoir was where it all came together. “Raymond looks at everything in minute detail. He’s his own harshest critic. It’s not until you have your own business that you realise he’s right. A restaurant is about 100 different experiences and you have to get them all spot on and exceed people’s expectations.” It’s not just Blanc’s kitchen acumen that Murchinson says sets him apart – “Raymond is a great leader of men; he knows how to inspire and motivate.”

Blumenthal only lasted a week at Le Manoir, but says that Blanc was the only chef to take a chance on him, and without that he may never have seen such success. Marco Pierre White, meanwhile, has said of working with Blanc: “When he used to go on at me I was ignorant. I used to think, ‘What’s this wally going on about?’ – because I did think he was a wally. Then one day it clicked.”

Marco Pierre White went on to graduate from two to three Michelin stars (something he credits to his time at Le Manoir); that third star has always eluded Blanc. Other Blanc protégés have gone on to eclipse their master, too. Last year former Le Manoir chef Shaun Dickens was awarded Best Gastronomic Restaurant in Oxfordshire, beating his former employer to the title. Dabbous was described as a “game changer” by Fay Maschler and won Best Kitchen in the Tatler Restaurant Awards. In 2009, Heston Blumenthal’s Fat Duck was awarded the maximum score in the Good Food Guide.

How does it feel when the apprentice climbs higher than the master? “For a teacher there is no greater joy than to see one’s students reach the peak of their chosen career. I am so very proud of my team and thrilled when they develop,” Blanc tells me, and he seems to mean it. “Obviously I would love to have them all working with me still but that’s not possible. And I am always learning myself – there is never time to stop.”

Part of me suspects, though, that Le Manoir hasn’t continued to develop apace with the restaurants of his best protégés, that his food isn’t quite as cutting edge as it once was, that maybe he’s gotten a little comfortable in his old age. I tentatively put this to him – tentatively being the only way to approach this larger-than-life Gallic ego. He waves me away: “We will never rest on our laurels. We will continue to evolve.”

Diner des Protégés evenings includes a Laurent-Perrier champagne reception with canapés and a signature dinner with accompanying wines, coffee and petits fours. The evenings are priced at £225 per person. For further