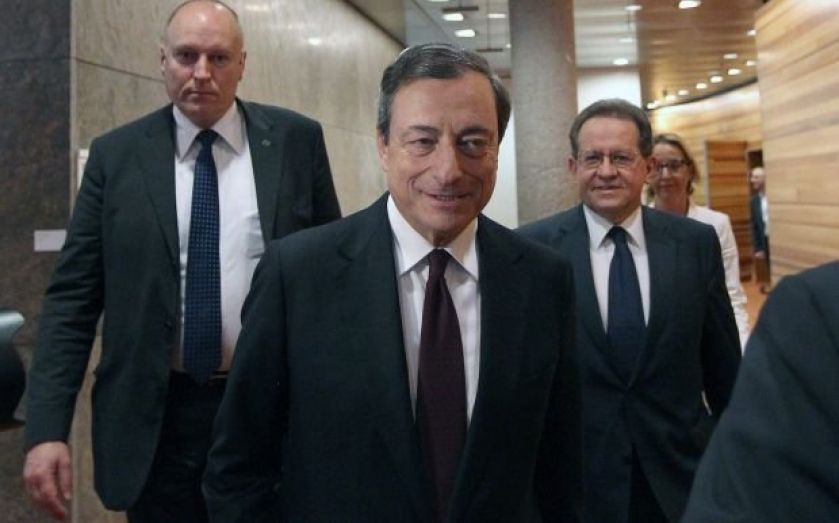 Both countries slipped in to contractionary territory in the Markit PMI stakes, recording composite (manufacturing and services) scores below the 50 point that indicates growth. The Eurozone overall posted at 52.5, revised down from 52.8.

BNP Paribas has suggested that the downward revision points to mid-month events affecting the score, with the likely candidate being the crisis in Ukraine.

The downward revision from the flash estimate suggests that mid-month events, in particular, the deterioration of the situation in Ukraine, may have played a significant role.

Furthermore, the fact that the decline has affected countries such as Germany, which have close trade ties to Russia and Eastern Europe, is consistent with the predominance of concerns about the Ukrainian conflict in survey responses.

Germany's composite score grew at a slower rate rather than contracting, but the downturn was reasonably sharp, dropping from 55.7 to 53.7.

France and Italy's service sectors shrank in earnest. A reading of 50.1 means growth, but France reported 49.5 and Italy 45.9. It doesn't get much better for the latter, which has technically entered recession and had dismal manufacturing figures earlier in the week.

Growth should resume in the second half of the year, as lower inflation should help real income and fiscal policy should be more supportive of growth.

At the other end of the scale were two nations where restructuring has been at its most rigid: Ireland and Spain. According to BNP Ireland the strong performance of the UK and US economies is helping Ireland:

These are fairly heady readings and point to brisk expansion in the services side of the economy, which accounts for approximately 70% of output. As with the manufacturing PMI, the strength of the UK and US economies is helping the services sector. Strong growth in the export of services has been a feature of the economy in recent years.

Spain, which has fewer links to Russia, experienced strong services growth too, with a composite index of 56.4. That's the highest it's been since 2007.

Around the Eurozone, there will be hope that the negative effects of the conflict in Ukraine will ease with the apparent signing of a ceasefire this morning.
Share:
Tags: Eurozone Purchasing Managers' Index (PMI)