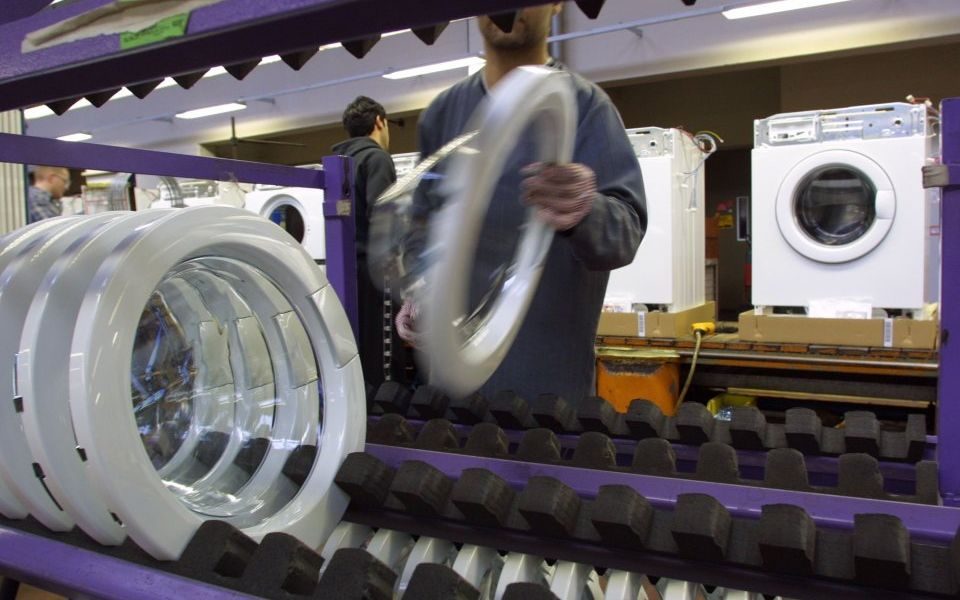 The Eurozone’s manufacturing downturn continued in May, according to survey data released today, with the sector contracting for the fourth successive month.

Weakness in Germany was once again a major drag on the overall Eurozone’s performance as it registered another marked contraction, today’s IHS Markit survey showed.

The euro area economy has struggled for the past six months in the face of global trade tensions, Brexit negotiations, and German weakness.

Policymakers have said the struggles in Germany, Europe’s biggest economy, have been caused in part by new car emissions tests hurting demand and low water in the Rhine affecting chemicals companies.

Today’s headline manufacturing purchasing managers’ index (PMI), a widely-watched gauge of the industry’s health, fell to 47.7 in May from 47.9 in April.

The score was the same as an earlier “flash” reading from two weeks ago, and confirms that the manufacturing sector has shrunk for four straight months. A score of below 50 indicates contraction.

The consumer goods sector fared much better and has now registered continuous expansion for five-and-a-half years. This confirms a trend of relatively strong consumer spending during a rough patch for the economy, aided by falling unemployment and rising wages.

Yet the continued contraction of the sector is now taking its toll on employment, today’s survey showed. After 56 months of expansion, payroll numbers fell in May.

Italy’s manufacturing sector contracted for the eighth month in a row, despite the rate of decline slowing. France and Spain saw only marginal growth, while Greece remained the best-performing country in terms of expansion.

Chris Williamson, chief business economist at IHS Markit, said: “The sector remains in its toughest spell since 2013. Companies are tightening their belts, cutting back on spending and hiring.”

“Trade wars, slumping demand in the auto sector, Brexit and wider geopolitical uncertainty all remained commonly cited risks to the outlook,” he said.