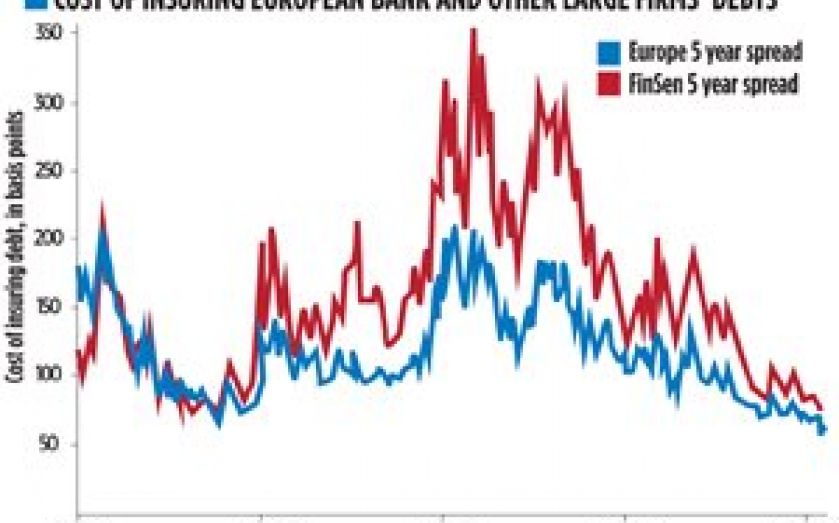 FINANCIAL markets have stopped demanding a premium to insure European banks’ debts against the risk of default, the latest indicator that the sector is recovering from the crisis.

Figures published by data firm Markit yesterday showed banks’ debts were insured at the same price as any other large firm’s on the continent.

The credit default swaps (CDS) pay out when a business defaults on its bonds, and the spread charged on the insurance rises as the risk associated with the debt increases.

In autumn 2009, Europe’s banks and other major firms paid similar amounts at around 80 basis points to insure five-year bonds.

But when the Eurozone crisis struck, that shot up to 333 basis points in late November 2011 for banks, according to Markit’s Itraxx finance index.

By contrast, the rate for other businesses had risen far less to 205 basis points at the same period.

Since then, the gap has closed and the CDS rates for both sectors are now below those seen in 2009.

Markit figures show the spread has this month fallen back to 58 basis points for normal corporates and 59 for banks .