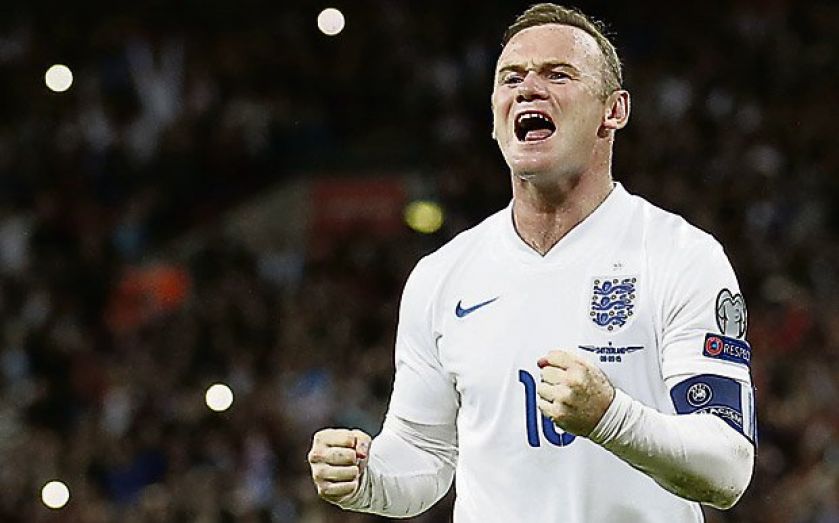 An emotional Wayne Rooney basked in the glory of assuming the status of England’s all-time leading goalscorer after his side secured top spot in Group E with victory over Switzerland at Wembley last night.

Skipper Rooney scored his 50th international goal – a 300th for club and country – to surpass Sir Bobby Charlton’s record, while he also found the net for the seventh Euro 2016 qualifying match in succession.

Substitute Harry Kane had earlier made an immediate impact from the bench, although for long periods it looked as though Rooney’s coronation as England’s leading marksman would have to wait.

But a late penalty handed Rooney, who netted his first England goal in Macedonia in 2003, the opportunity to re-write history and break a goalscoring record that had stood for 45 years.

“Tt’s a great feeling. To finally do it is a dream come true. It’s a huge honour and one I’m extremely proud of,” said Rooney. “It’s right up there, if not the best moment of my career. To be the country’s all-time leading goalscorer before the age of 30 is something I couldn’t dream of.

“I went through a spell around 2008 where I didn’t score for England for a long time but since Roy [Hodgson] has come in I have scored a lot of goals under him and I’m grateful to him for letting me play with freedom.

“I’m glad it’s done so I can can concentrate now on the team and success in the future.”

Rooney’s main contribution in the first half was a threaded through ball to James Milner who was unable to finish a swift break as he shot straight at goalkeeper Yann Sommer.

England were defending the only remaining 100 per cent record in European qualifying but Switzerland are a streetwise outfit, having qualified for five out of the last six major tournaments, and arrived protecting a five-match winning streak in Group E.

Keeper Joe Hart was called upon shortly after half an hour to snaffle the ball from Stoke’s £12m record signing Xherdan Shaqiri following a neat interchange with Granit Xhaka.

Hart was making his 54th appearance for the Three Lions, with Peter Shilton, David Seaman, Gordon Banks and Ray Clemence the only keepers to have won more England caps.

Rooney twice threatened at the start of the second period before substitute Kane broke the deadlock in the 67th minute as he drilled a low, disguised cross from full-back Luke Shaw beyond Sommer. But the key moment came with six minutes remaining after Raheem Sterling was felled in the box by Xhaka. Rooney lashed the resulting penalty high into the roof of Sommer’s net.