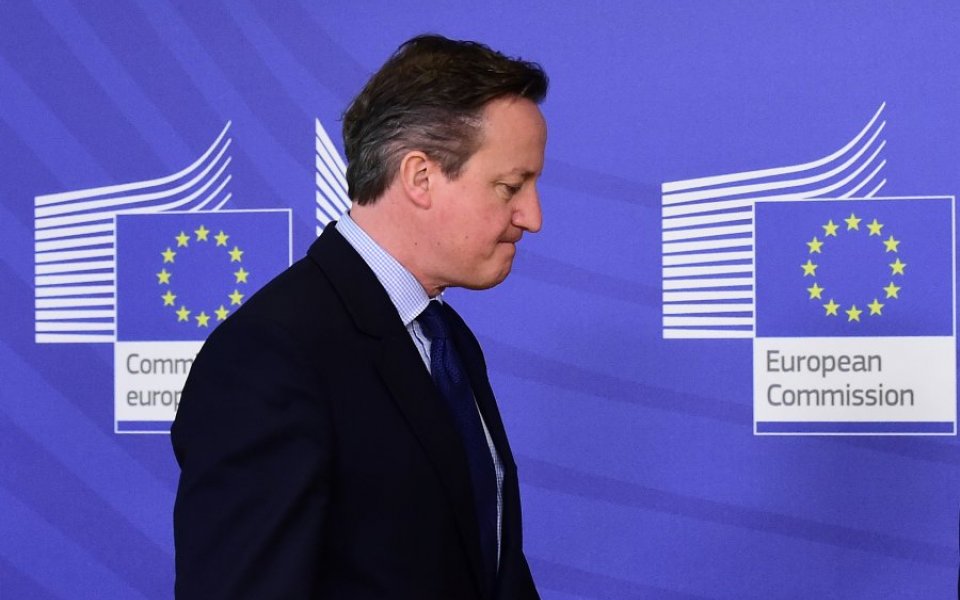 Prime Minister David Cameron might be forgiven for feeling like the world is against him at the moment.

He's simultaneously trying to win the backing of European leaders and Conservative MPs on his draft EU proposals, not forgetting the public who are due to cast their votes later this year.

And the public don't seem to have much faith in him, 73 per cent of bets placed with Ladbrokes on the EU referendum having been on Brexit since he went to Brussels at the start of the week.

Read more: Here are the key points from the PM's negotiations

A run of bets backing Brexit has shortened the odds on the chances of Britain leaving the EU, with a leave outcome falling from 2/1 to 15/8.

Alex Donohue of Ladbrokes said: "Cameron's trip to Brussels has brought Brexit backers to the fore once again. With negotiations in the home straight it's one way traffic for a leave outcome."

Remaining part of the 28-member bloc is still however the most likely outcome, offered at 2/5.

Still, many are convinced that Cameron will be successful in Brussels at making a deal today. William Hill are offering odds of 1/4 on an early referendum – that is, to be held before the end of June, which would require a deal to be struck in February.

Cameron is hoping to get the unanimous backing of the other 27 EU member states at a European Council meeting in Brussels today, with a referendum expected to be held as early as June if he is successful.

Ministers are still unable to say which side of the referendum campaign they will be on, but it is speculated that if a deal is reached today they will be able to announce their allegiances on Friday.

Ladbrokes predicts that Boris Johnson will back the remain camp, with odds of 1/4, with Michael Gove likely to follow suit at 1/2.