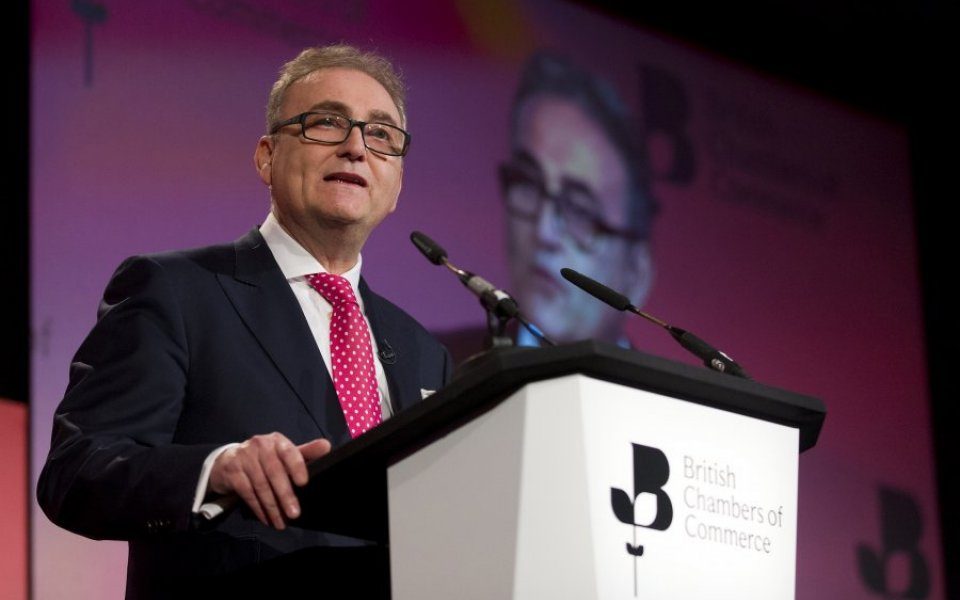 Britain would be better off outside of the European Union, British Chambers of Commerce (BCC) director-general John Longworth has said, becoming the first major business group leader to back Brexit.

"With the reforms that we have received so far, the UK would be better off taking a decision to leave the European Union," Longworth told Sky News this afternoon.

In a speech at the BCC annual conference in London this morning, Longworth said that the UK could create a "brighter economic future for itself" outside the EU.

Longworth also said in the speech that the long-term risks of staying in the European Union are "likely to be as daunting as the short-term risks of leaving".

"The dynamism and resilience of the City of London and of the UK business sector suggest to me, that, in the long run, we have the capacity and capability to create a brighter economic future outside of the EU, just as we would have done had we had the opportunity to stay in a truly reformed EU."

Eurosceptic groups welcomed Longworth's comments, with a Leave.EU spokesperson saying: "This is great news, John Longworth has a great reputation in the business community and his words will hopefully resonate among other business leaders.

"We are the fifth-biggest economy in the world with a diverse and resilient economy. There is no reason we wouldn’t flourish after a vote to Leave the European Union," the spokesperson added.

​The BCC has previously said that it will not campaign in the run-up to the referendum on 23 June.

A BCC spokesperson confirmed the group's neutral stance to City A.M. today, saying: "The BCC will not be campaigning for either side ahead of the EU referendum. The BCC will survey chamber member companies across the UK, report their diverse views, and inform the debate.

"The BCC’s director general has been very clear where his remarks reflect his personal assessment, rather than the position of the BCC," the spokesperson added

Speaking at the same conference today, chancellor George Osborne is expected to urge British businesses to back the UK remaining in the EU, saying: "Those who want Britain to leave have not been able to answer the most basic questions about how businesses would retain access to that single market and all the jobs and benefits it brings.

“In last few days, we’ve had confusion heaped on confusion from those who want to leave the EU," Osborne will add. "Between them, they appear to have ruled out all the other arrangements that exist in the world and claim there would be some sort of other deal, without being able to specify any of the basic details. ‎It is a leap in the dark.

"What is very clear is that British firms cannot have the access they need to the free trade single market without British taxpayers contributing to the EU budget and accepting free movement of EU migrants.

"So we would be paying in to the EU, following their rules but have no say over those rules or how our money was spent. In other words, it would be the worst of all worlds."