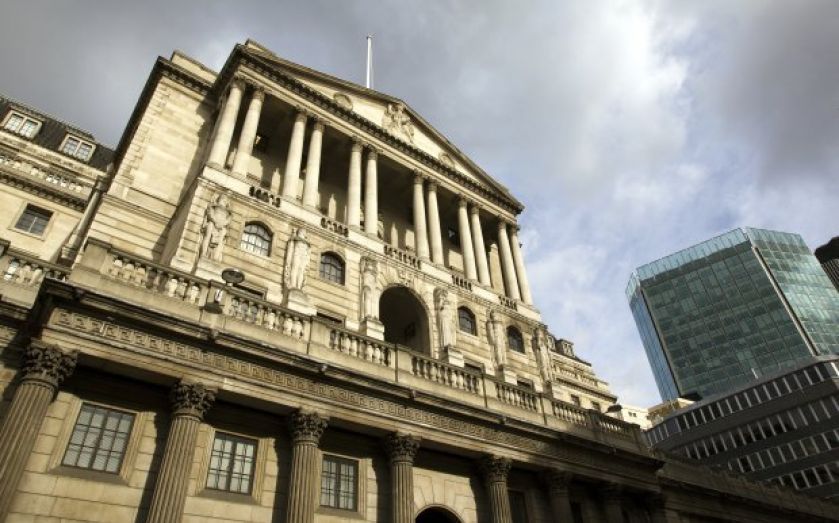 Debates about the degree of spare capacity in the UK's economy have worked their way out of Threadneedle Street.

The statisticians at the Office for National Statistics have got stuck into the scrap, as part of their June 2014 Economic Review.

Those over at the ONS recognise that spare capacity, or the slack in the economy, has important implications, especially for monetary policy.

After the Bank of England re-restablished its forward guidance in February, its interest-rate setting committee is not intending to consider a rise in rates until that slack has diminished. Unfortunately, the degree of spare capacity in the economy is notoriously difficult to measure, and the ONS notes that "no single, definitive measure of labour market slack" exists.

Meanwhile, the inactivity rate has fallen by a percentage point over that same two year period, to what the ONS recognises as "near historic lows". And the chart below shows that the adult employment rate is now returning to its 2000-2007 average of 72.7 per cent. 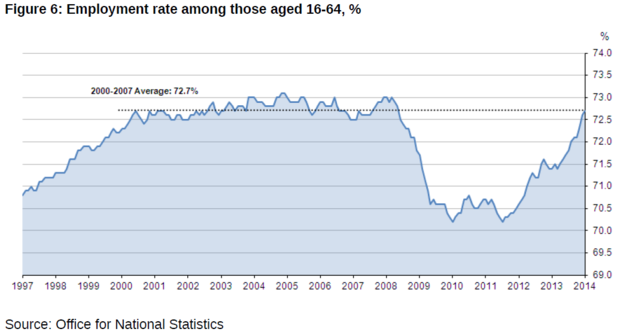 "The recovery of the employment rate, the relatively sharp fall in the level of unemployment and the acceleration of output growth have all concentrated policy-maker attention on the extent of spare capacity in the UK economy," says the ONS review. It explains how the degree of slack in the economy affects decisions for policy makers.

If spare capacity is greater, then firms can continue to draw in new inputs to meet growing demand without pushing up the prices of those inputs. By contrast, if there is less spare capacity (or if recent reductions in productivity are not reversed as the economy accelerates), then the potential for drawing in new inputs without stoking price pressure is more limited.

More simply, the degree of spare capacity is one factor which determines the potential for non-inflation accelerating economic growth.

They've devised one chart which attempts to give an indication of the number of total hours of work that could be supplied, on top of those already being worked. The statisticians take additional hours that part-time workers who want to work full-time could supply, as well as the potential hours of the unemployed and those who are inactive but report that they would like a job.

The chart clearly shows that the number of those potential hours has been steadily ascending since the 2008 economic downturn and remains elevated, while the fraction of part time workers who would prefer to work full-time is well above its long term average.