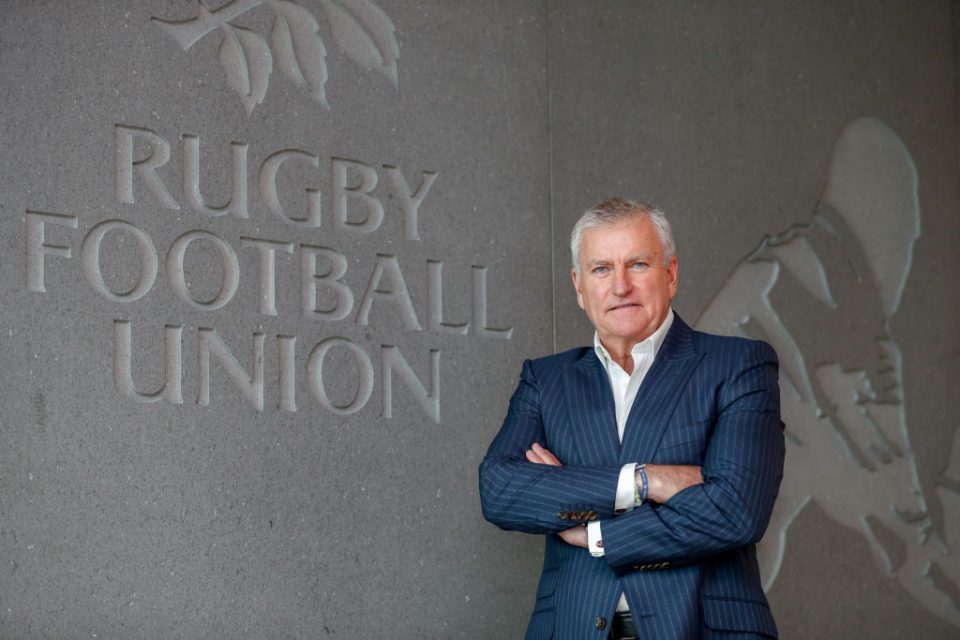 Since taking over in May, the Rugby Football Union’s new chief executive, Bill Sweeney, has been busy.

With a World Cup just four months away, he has also had to contend with proposals for the Six Nations, a potential World Rugby Nations Championship, and the future of England’s coaching team.

Here are five key insights from his first media briefing.

Read more: Warren Gatland claims he has ‘unfinished business’ with the Lions as he rules out England job

The RFU has already begun preparing for life after the World Cup, and Sweeney stressed head coach Eddie Jones was “committed to going through to 2021”, when his contract expires.

“There was speculation he could leave after the World Cup, but he’s never indicated that was the case,” he added. “One of the first conversations I had when I came in was about his view, and he’s committed to 2021.”

Sweeney is in talks with the Australian around the coaching set-up following Japan. Defence coach John Mitchell’s contract has been extended to June 2021 on Jones’s advice, but scrum coach Neal Hatley is returning to Bath.

In January last year Sweeney’s predecessor Steve Brown trumpeted plans to have Jones’s successor work alongside him for a year to learn the ropes before taking over.

But not only is that no longer the case, Sweeney denied any knowledge of it ever being the plan.

“That’s not the intention,” he said. “I haven’t heard that before. We’ve had no conversations around that, so Eddie is taking the team to Japan [for a tour in summer 2020].”

The former British Olympic Association chief added it was “possible” that Jones stayed on longer, but with the caveat that it’s “premature to start thinking about an extension to France [2023], but it gives us the time to have those conversations later.”

The RFU is keen on the World Rugby Nations Championship concept but insists there are some “structural issues” that need resolving ahead of an end-of-June deadline.

Sweeney says “the numbers are good” commercially, with £6.1bn to be split between the teams involved over 12 years, but increasing the Six Nations’ commercial potential – a project codenamed Project Light – is also an area of priority.

“We’ve got to make sure nothing is done to harm the Six Nations,” Sweeney said. “There are also player welfare issues, a relationship issue with the Premiership and clubs around calendars.”

The prospect of promotion and relegation in World Rugby’s new competition is likely to remain a concern for some unions, all of whom must unanimously agree.

Sweeney is set to meet with the RFU council today to update them on discussions to implement a 13-team Premiership that will see an end to automatic relegation.

Instead, there will be a home and away play-off between the bottom team in the Premiership and the winner of the Championship, should the proposal go through.

“It’s not ring-fencing, you’ve still got the opportunity to get in, but you’ve to be competitive,” he said. “You’d have to do an Exeter.”

The final proposal will be placed before the council in September, with a view to there being no relegation from the Premiership next season to increase its size to 13 clubs.

Read more: Rugby set to enter a new era with games played over 11 months of the year

The new chief urged patience over the RFU’s struggling high-performance strategy, which is concerned with developing talent, insisting it took Team GB from 1996 to 2016 to reach its potential.

He also addressed concerns regarding funding cuts to the community game, which is set to see investment reduced to 30 per cent, compared with 70 per cent for the professional game, despite saying the union would make a profit this year and “is in better financial shape than expected”.

“If you have a really well performing high-performance team, it helps drive interest, participation and gives you role models to aspire too,” he said. “You then need a really strong community game to feed that back in. It’s an area we’re looking at, the two are a bit disconnected.”

Glencore head of oil Alex Beard retires amid US investigations