Ebola.com on sale for $150,000 by pair who invest in disaster domain names 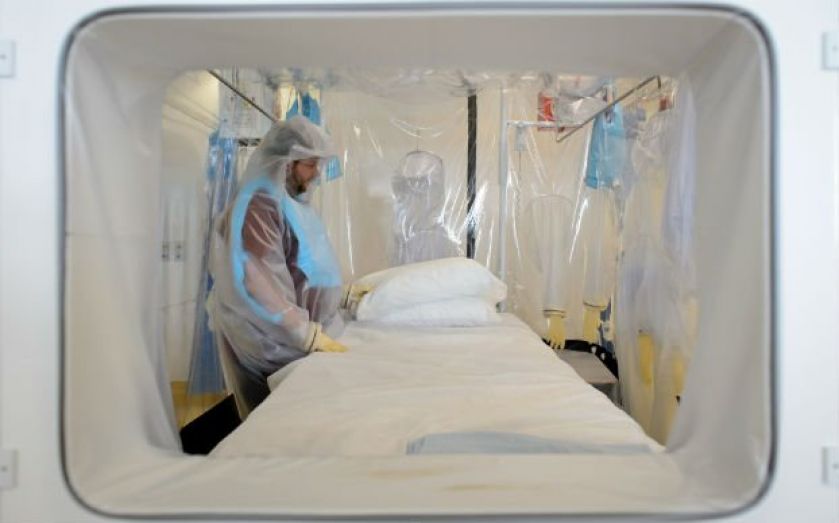 Business partners Jon Schultz and Chris Hood are selling Ebola.com for $150,000, after purchasing it for an undisclosed sum in 2008.
The Ebola outbreak currently gripping West Africa has killed over 4,000 people since it began in Guinea in February, according to estimates by the World Health Organisation (WHO).
While there is currently no certified cure for the disease, a number of pharmaceutical companies, such as GlaxoSmithKline and MAPP Pharmaceutical, are trying to develop one.
Schultz and Hood hope that one of these companies will see the benefits of owning the domain name. In an email to CNBC, Schultz said:
"Ebola.com would be a great domain for a pharmaceutical company working on a vaccine or cure, a company selling pandemic or disaster-preparedness supplies, or a medical company wishing to provide information and advertise services.
"There could be many other applications as well. With so many people concerned about the disease, any advertisement referring people to Ebola.com should get an excellent response."
The asking price is not set in stone, however: Schultz said the domain's price "is subject to change as the situation evolves."
Schultz is President of the firm Blue String Ventures, which specialises in “internet real estate investment, development and brand assistance”. They are making the sale through domain name broker DigitalDNA, which has already approached a number of pharmaceutical firms to gauge their interest.
It is not the first time Schultz and Hood have put their entrepreneurial spirit into practice when it comes to possible disasters – they are also the owners BirdFlu.com, Fukushima.com, and PotassiumIodide.com, among others. Potassium iodide could be used to fight diseases resulting from the radiation released in a bioterrorism or nuclear attack.
Their strategy, explained Schultz, is to buy "generic domains which we think we can develop or resell later at a profit.”
"Having seen the movie 'Outbreak,' I was entranced by the subject and couldn't resist buying the domain,” he explained.
Share
Tags: Ebola