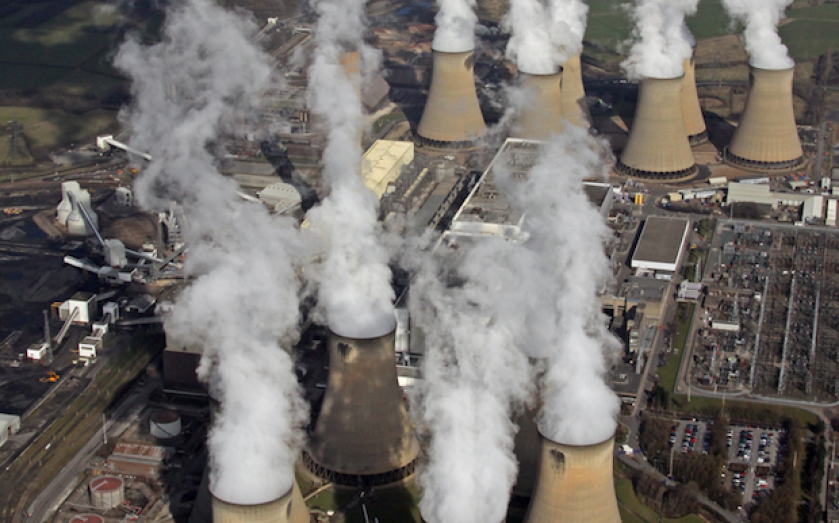 Drax Group, Britain’s largest coal-fired power station which is set to become one of the world’s biggest renewable generators, has reported a whopping 83 per cent drop in statutory profit before tax – from £190m to £32m – for 2013, because of rising carbon costs.

The electrical power generation company has been focusing its energies on its biomass transformation and, despite the profit fall, good operations and healthy spreads have led to a better-than expected performance.

But the government’s carbon price support mechanism, brought in in April of last year and the removal of free allowances under the EU’s Emissions Trading System hit profits and earnings.

Analysts had warned of lower profits, but Deutsche Bank says the firm appears “poised for strong earnings growth” as it ups its biomass transformation.

Investment bank Whitman Howard said today’s results are good, with all construction projects on schedule and budget, and it remains happy with its recent upgrade to 'Buy' recommendation for stock.

When it comes to outlook for this year, Drax said spreads are weaker because of the mild winter. It expects output of 630MW – an efficiency only 0.5 per cent less than coal.

It also says it plans to modify a further unit to burn increased biomass from May 2014 – ahead of the unit conversion targeted for April 2015.

The development of its US pelletising plants are on track, Drax said, with aggregate capacity of 900,000 tonnes per annum.

We are well placed to secure CfD Investment Contracts for our second and third unit conversions.

We look forward to the conclusion of the government's contract award process this Spring. These contracts will underpin the investment required to secure the sustainable biomass supply chain for our second and third unit conversions.

We are targeting April 2015, when these contracts become effective, for our next unit conversion and quarter four of 2015 at the earliest, for the third.

She added that, by 2016, the expectation is that half of the FTSE 250 company will be fuelled by sustainable biomass – four per cent of the UK’s electricity.

Shares have climbed 0.8 per cent this morning.