Don't give up on the Union: Scots should vote with their heads, not their hearts 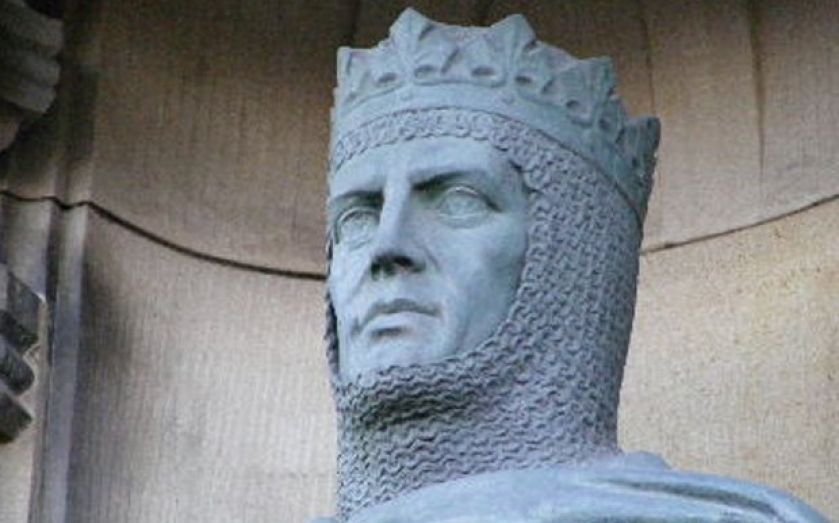 SEVEN hundred years ago, the Scots won a glorious victory at Bannockburn. The Yes campaign says we should seize this September’s referendum to be that nation again! My heart hears the call: I am Scots first and foremost. But my head says no. Why give up on a Union that has immeasurably improved the prosperity of the whole UK? Bannockburn aside, Scottish history from 900 to 1600 was a saga of repeated English invasions and grinding poverty.

James VI of Scotland became King of both nations in 1603 following the death of his mother’s executioner Elizabeth I. But after the Act of Union in 1707, Scotland became the beating heart of the British Empire. Edinburgh was hailed the Athens of the North. Clyde-built was the guinea stamp of the highest quality. Scots entrepreneurs ran the banks and trading firms that made the Empire a triumph of trade rather than conquest. Scotland went from one of the poorest to richest nations in Europe in just a few generations.

Unfortunately, the reality of history doesn’t apply to the Scottish referendum debate. That refuge of scoundrels, patriotism, colours everything. It should be simple: voters should consider what might be gained versus what will be lost.

The Nationalists tell us Scotland demands independence. Why? What awful crimes are being perpetrated? Don’t kid yourself that independence will make Edinburgh trams cheaper, or reopen shipyards on the Clyde. In fact, Scotland pays its way – in 2011-12, Scots were 8.4 per cent of the UK population but paid 9.9 per cent of UK taxes. The Nationalists claim London-based government isn’t sensitive to Scotland’s needs, and has squandered Scotland’s oil wealth. Probably true, but it’s been squandered equally across these Isles.

The Nationalists say a modern independent Scotland could be the next Denmark. More likely, we’ll be the next Portugal – riven by debt, struggling with a currency we don’t control, and mass unemployment. Scotland’s brightest will compete with other guest-workers from Spain, Italy, France, and Greece, for London barista and burger-flipper jobs.

Give me a single solid economic argument for why we should split. Because we might do better on our own is not an argument. It’s a hope. So is winning the lottery. If Scotland and England divorce, it will take years, not months, to negotiate the split. Much of Scotland’s financial and business infrastructure will take the high-road south – not because they don’t love Scotland, but they have a duty to shareholders. There will be a crisis, with the professional classes fleeing and a resulting property collapse. Scotland’s industrial base will shrink, as UK orders are pulled from areas like shipping and construction.

Meanwhile, convoluted arguments over which currency to use and Europe will generate hostility. Oil revenues will not bail out the country, and most investors will stay shy of uncertainty as England and Scotland duke it out on who owns what.

The latest YouGov poll shows 39 per cent of Scots in favour of independence. But there’s no room for complacency. After a summer of Scottish Commonwealth Games and the “Anyone But England” begrudgery of seeing England home early from Brazil, the Yes vote might come even closer on a wave of tartan feel-good.

The Yes campaign understands how to play the heartstrings – that’s why 16-year old Scots got the vote. The Yes campaign has targeted Glasgow’s working class with a mixed message about corporate tax breaks, promises about jobs and a glorious future for Scotland as a nation. Meanwhile, the lords and ladies of the “No – Together Stronger” campaign fly up to Edinburgh, have tea and scones with a few Morningside ladies, play a round of golf at Muirfield, and then head north for a few days shooting in the Highlands.

If Yes wins, then I’d want to be short the UK. Short sterling, short gilts and short stocks – especially financials. But if the unionists win – which we believe is still more likely – where should we be then? It’s likely the Nationalists will negotiate a Devolution Plus package – which could result in Scotland remaining part of the UK, but with an enlightened “Irish attitude” to corporate tax. In which case, what Scottish-linked stocks do I want to be long? I’ve got a basket trade buying Scotland’s 10 largest companies ready to go in the office!

I’ve been fortunate. I’ve only experienced one disaster in my life, and that was divorce. We split, promising to be good for the kids’ sake. Then we dragged each other through the courts, haggling over assets. Our wealth was squandered. Now we’ve moved on, rebuilt our lives, but it was costly in every possible way.

What if we’d tried harder? Who knows? There were good reasons to split. Better reasons than between Scotland and England. But you can’t undo the past. And you can’t live in it either.