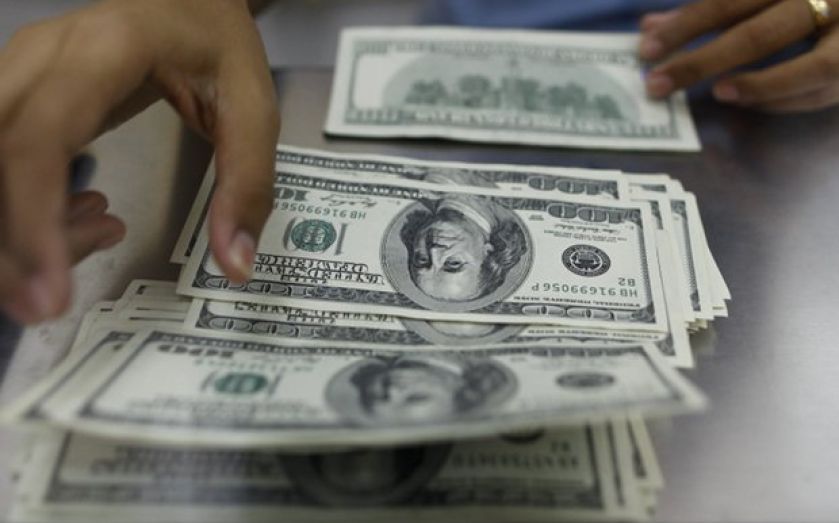 The US dollar slumped to a two-year low today as a sharp spike in coronavirus cases across the country weighed on investor sentiment.

The dollar index dipped 0.6 per cent to its lowest level since June 2018 today, sharpening fears that the currency is on track for its worst month since April 2011.

The slump sent gold prices up to a record high today, as fears that a second wave of coronavirus in the US could imperil chances of a swift economic recovery sent investors scrambling for safe haven assets. Gold rose as much as 2.4 per cent to $1,944.73 per troy ounce today.

The US has now recorded more than 4.3m confirmed cases of coronavirus, and more than 149,000 fatalities. Florida has now overtaken New York as the state with the second-highest number of confirmed infections.

It comes as US President Donald Trump’s Republican party is set to unveil proposals for a new round of financial stimulus later today. Current support measures are due to expire at the end of the month, and the potential easing of financial aid has concerned economists.

The US Federal Reserve is set to meet on Wednesday. The central bank has committed to keeping interest rates at zero for the foreseeable future, but many economists believe it may soon adopt more radical measures such as yield curve control, in which the Fed sets targets for certain Treasury yield.

“With the dollar weakening Wall Street is finding the going a touch more congenial, although the coming sessions may be a lot more volatile than today’s relatively placid trading”, said Chris Beauchamp, chief market analyst at IG.

Beauchamp added that investor sentiment may be lifted “by hopes that the US can put together a new stimulus programme that will help to provide further support to hard-pressed consumers, even if it does not quite match the existing efforts”.