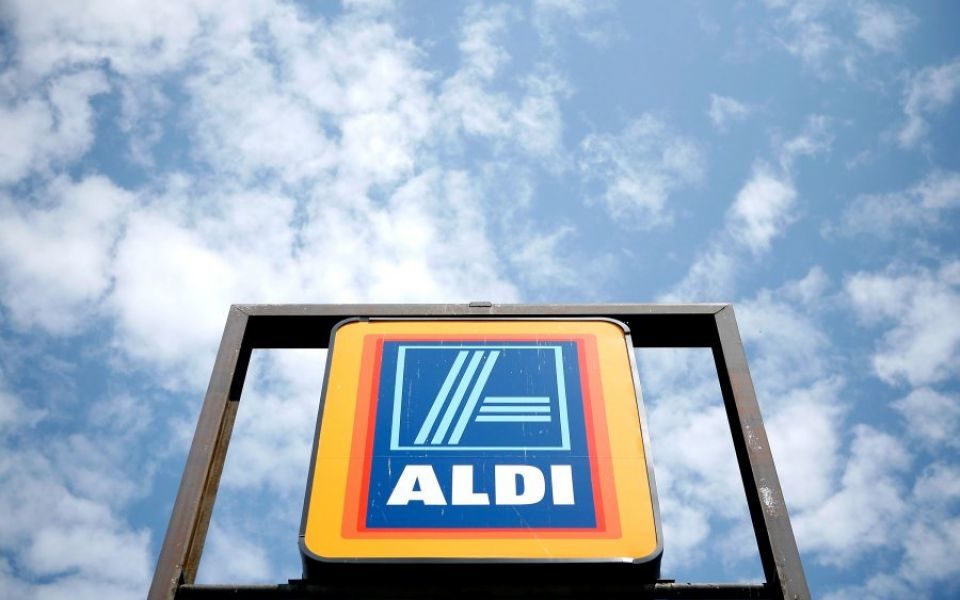 Cut-price supermarket Aldi continued its rise up the grocery food chain in March, achieving a record market share of eight per cent as it made ground on its rivals.

The German-owned chain’s sales increased by 10.6 per cent in the 12 months to 24 March compared to a year earlier, pushing its market share up 0.7 percentage points, figures released today by data group Kantar showed. This was double the rate of its nearest rival Lidl.

Aldi’s fellow German discounter Lidl was the second-fastest growing supermarket in the 12 months to 24 March, with its market share growing by 0.3 percentage points year-on-year to 5.6 per cent.

Ocado and Co-op took advantage of the growing market for smaller, so-called top-up shops of under £30, increasing their sales by 5.5 per cent and 3.9 per cent respectively and their market share by 0.1 percentage points each.

It was a bad 12 weeks for high street stalwart Sainsbury’s, however, which saw its sales fall 1.8 per cent and its market share drop 0.5 percentage points year-on-year. Yet it held its spot as the second-biggest supermarket in Britain, with sales of £4.1bn in the period.

Tesco’s sales grew by 0.5 per cent to reach a market share of 27.4 per cent, 0.2 percentage points lower than a year ago. The supermarket has been troubled by the rise of cheaper alternatives, but maintains its place at the top of the list, making £7.4bn of sales in the 12 months to 24 March compared to Aldi’s £2.1bn.

The grocery sector as a whole saw sales growth of 1.4 per cent in the 12 months to 24 March compared to a year earlier. The market grew at its slowest rate since March 2018, but this is partly due to this year’s late Easter and the fact that Mother’s day fell outside the reported period.

Fraser McKevitt, consumer head of retail and consumer insight at Kantar, said: “Thirteen million households visited Aldi at least once in the past 12 weeks – now more than those shopping at Morrisons.”

“London holds potential for Aldi – as both its fastest growing region and where its market share is currently lowest – going some way to explain the recently announced trial of the smaller Aldi Local format in the capital.”

Kantar figures also revealed that British shoppers have already spent £146m on Easter eggs in the run up to the holiday.

Shoppers were also more eco-friendly in the 12 weeks to 24 March which saw sales of loose fruit and vegetables are growing twice as quickly as those wrapped in plastic.

McKevitt said: “Consumers are applying pressure on the retailers when it comes to packaging and making their feelings known in the fruit and vegetable aisles. 21 per cent of fruit, vegetable and salad items were sold loose over the past 12 weeks, with sales growing twice as quickly as packaged produce.”