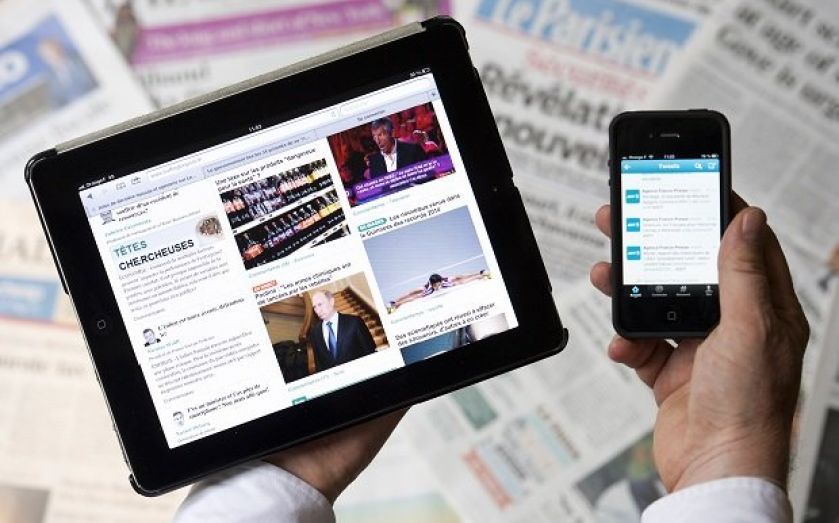 Consumers are now accessing news via the web and mobile apps just as much as print for the first time, according to telecoms regulator Ofcom.

Some 41 per cent of people say they now access news on websites and apps, a substantial increase from 32 per cent in 2013.

Digital news consumption also raced past radio, which came in at 36 per cent.

The number of people who say they read newspapers stayed the same year-on-year at 40 per cent.

The changing consumption habits were overwhelmingly driven by young people, with 60 per cent accessing news on the internet or apps in 2014, compared to 44 per cent last year.

However, TV remains popular for news, with 75 per cent tuning in 2014, compared to 78 per cent the previous year.

Ofcom found dramatic differences between age groups for the amount of news watched on TV. Those over 55 watched an average of 196 hours per year, while 16-24 year olds watched just 27 hours.

Young people are also ten times more likely to use mobile to access news than those over 55, and twice as likely to use a tablet.

However, older people were far more likely to follow the news at all.