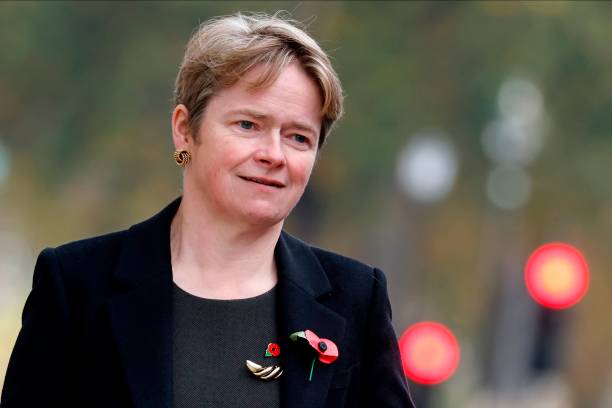 Baroness Dido Harding has been slammed by MPs for the “three per cent” success rate of England’s contact tracing programme, as the Test and Trace chair faced her first formal grilling in the Commons.

Health and social care committee chair Jeremy Hunt pressured Harding to explain why only “three per cent of the total theoretical maximum” of people infected with coronavirus were self-isolating.

“We should be asking 177,000 people every day to quarantine. But in practice… you only find out about just over a third of them. [Then] you only reach 60 per cent of their contacts and only 20 per cent of those actually isolate,” Hunt told the committee.

“So what that means is instead of the theoretical maximum of 177,000 quarantining, actually it’s less than 5,000”, he added.

Harding stressed that the contact tracing programme, which has cost the Treasury upwards of £12bn so far this year, was largely dependent on having a fully operational testing system, adding that Hunt was being “slightly pessimistic”.

She insisted the number of people infected every day with coronavirus was much lower than Hunt’s estimate, and that Test and Trace system was reaching “40 to 50 per cent” of those people — equivalent to around 25,000 per day.

“But you are completely right… one of the biggest challenges of this disease is hunting out people who have this disease who don’t know it,” she added. “We live in a liberal democracy where it’s quite hard to track where people are every day.”

In her first formal inquiry since her appointment as chair of the Test and Trace system, Harding told MPs people were not complying with self-isolating requirements “because they find it very difficult” to do so financially.

“The need to keep earning and feed your family is a fundamental element of that, which is why I think the financial support package is a very important thing.”

She refused to comment on whether the £500 compensation for those asked to self-isolate should be raised.

Labour MP Graham Stringer told the NHS boss he was “surprised and shocked” at her failure to answer” questions over when Test and Trace is expecting the next flood of infections.

“Because you’re the executive chair of the National Institute for Health Protection, I would have expected you to ask that question of professionals before and to have an answer for this committee”.

Harding was also unable to provide figures for the monthly Test and Trace budget, or answer how government money has been divvied up between local and national contact tracing teams.

The government has faced mounting pressure to sack Harding, after the Test and Trace programme failed to deter a second wave of infections across the country.

England’s NHS Test and Trace scheme was introduced in May, after months of stalled progress following failed attempts to introduce a contact tracing app.

The system has been beleaguered with hiccups since its inception six months ago. A spreadsheet error last month meant almost 16,000 positive cases were missed and added to the nation’s coronavirus tally weeks later.

The system hit a record low point last month, with just 59.6 per cent of contacts of people who tested positive being successfully told to self-isolate.

Tory backbencher Sir Bernard Jenkin in October called for the government to sort out the “spaghetti command and control at the top” and replace Harding with a more suitable figure.

But a slew of Conservative MPs have swooped to defend the NHS chief, with Northern Ireland secretary Brandon Lewis arguing that Harding was doing a “very good job”.

Harding is a Conservative peer and wife of John Penrose, Tory MP and chair of the UK’s anti-corruption taskforce.

The Treasury has allocated around £12bn to her scheme so far — equivalent to what the government normally spends on nursery and university education each year.

The government came under fire last month after it emerged management consultants were being paid the equivalent of £1.5m salaries to work on the Test and Trace programme.

Challenged by Labour MP Dawn Butler, the Harding today defended the use of consultants.

“We stood this service up in May at extraordinary speed, [and] built something that’s the same size of Asda in the course of five months,” she said.

“When you start something very quickly you need to pull on all the talents across all of society. You can’t offer people permanent jobs when you don’t have a permanent organisation, so you have to employ people either as independent individual consultants or through consultancy organisations.”

It comes as the government mulls plans to slash the self-isolation period for those who are either showing symptoms of coronavirus or who have come into contact with somebody who has tested positive.

Boris Johnson’s chief adviser Dominic Cummings has urged public health officials to cut the quarantine period from 14 days to 10 days, over fears that the public are failing to comply.

Recent figures from King’s College London showed that just 11 per cent of people in England fully abided with the current two-week self-isolation rules in September.