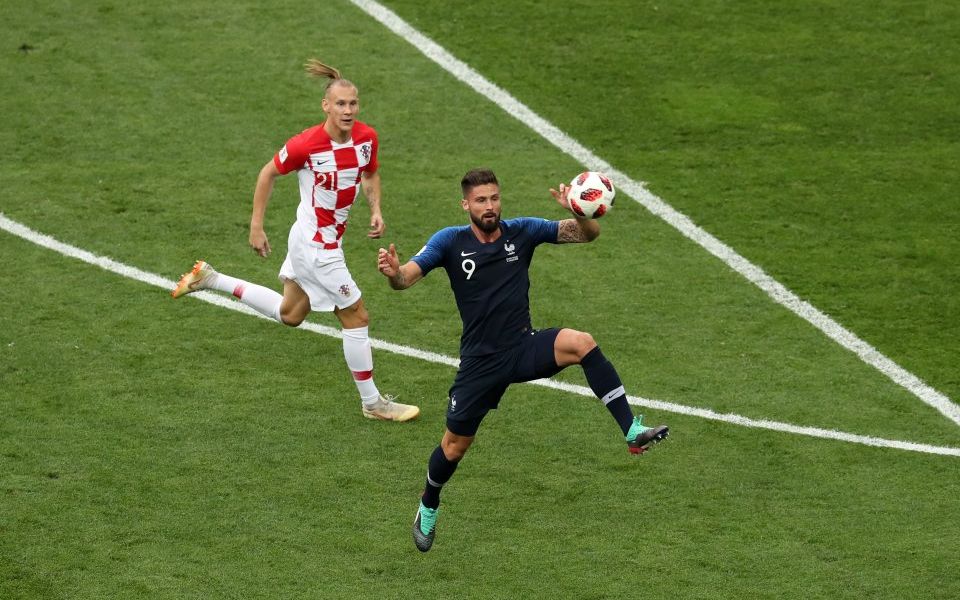 YESTERDAY’S final was an exciting finale to football’s greatest competition, even after the heartbreak of England losing last week’s semi-final. While France are this year’s champions, the Three Lions will have another shot at glory in four years’ time. This year’s tournament has sparked excitement in jaded fans like, well, myself.

But while the football was highly entertaining for fans, let’s not forget that the tournament was also a commercial endeavour, with billions paid by brands on sponsorship, advertising, and merchandising. All this money being spent raises some key questions: did marketers play a good game, or did they score an own goal? And what lessons can they learn for the Qatar rematch in 2022?

Estimates suggest that the tournament was good for the broader economy: the UK was boosted by around £1.33bn thanks to consumers buying extra food and drink for watching the football from their homes, as well as upgrading their TVs and buying sports merchandise. Pubs, restaurants, and cafes were expected to benefit by around £193m thanks to fans going out to watch matches.

Whether people were watching the games from their living room or their local, eyes have been glued to screens since the tournament kicked off on June 16. This extra viewership created a big opportunity for marketers: TV is still a key platform, and ad campaigns running during this year’s World Cup had a higher chance of reaching their intended target audience compared to the last tournament in 2014, according to data agency Nielsen.

“While many advertisers might still have digital and mobile high on their agendas, it’s important not to disregard TV – only nine per cent of the UK planned to watch this year’s World Cup on a mobile or tablet.”

Although only a minority of fans planned to watch on a handheld device, double the amount – 18 per cent – were expected to view games online, according to survey data from tech firm GlobalWebIndex. Plus, many people were likely to “dual screen” during games – using a second device to talk to friends or to browse social media while watching the match. These modern technological habits created a challenge for advertisers.

“Younger internet users are the least likely to discover brands via TV ads compared to their older counterparts, but the most likely to find new brands via social media,” explains Chase Buckle, senior trends analyst at GlobalWebIndex.

“So 16-24 year olds were just as engaged with the World Cup as other age groups, but brands needed to play by a slightly different set of rules in marketing to them.”

This meant that while viewership was high throughout the tournament – over 26m people watched England play Croatia in the World Cup semi- final – brands couldn’t rely solely on TV advertising to deliver their campaign, and needed to create content for digital channels, especially for social media.

“Social media is an important way of both watching sports content, as well as talking about it. This created more opportunities for brands to tap into the passion that surrounded the World Cup, without necessarily pursuing hefty sponsorship packages such as investing in TV ads or branded team kits,” says Buckle.

As well as avoiding these potentially expensive forms of TV advertising, social media marketing offered other advantages. For instance, marketers could advertise to Snapchat users by paying for special filters and using the app’s location targeting tools to make their ads more relevant.

“This strategy offered brands great exposure, but also provided fans with a fun way to join the conversation around matches” added Buckle.

Another goal-scoring strategy was through video on social media. This content is easy to share and helped fans stay immersed in the football excitement, even on days without matches. World Cup related videos generated 3.3bn views on YouTube during the tournament, according to analytics firm Tubular Labs.

“Brand sponsors off the pitch hit the back of the net with clever partnerships on social video,” says Denis Crushell, EMEA vice president at Tubular Labs.

“There is a lesson here for other brands looking to cash in on future sporting competitions: prepare ahead of time, set up the right partnerships, and ensure your content is optimised to engage with a diverse audience.”

However, some industry experts criticised a lot of the ad campaigns this year. For example, Fergus Hay, chief executive of creative agency Leagas Delaney, called campaigns that failed to add value a “distracting noise”.

“While the majority of brands thought their World Cup efforts were ‘advertising’, most of it was merely badge sponsorship, often with no meaningful alignment with the

cultural event it was running against. If you are going to get in the way of #ItsComingHome, then it had better be content that genuinely means something to me, otherwise you are doing more damage than good.”

And the problem with badge or kit sponsorship is that, much of the time, fans are too focused on the game to care which brand paid for the outfits.

“Between the incredible set plays, impressive saves and dramatic bookings, there weren’t many moments during games for fans to draw breath and take notice of which ads were on the pitch-side or who the players’ brand sponsors were,” says Will Ingham, co-founder of creative content agency WING.

Other issues loomed over the tournament. Chris Daly, chief executive at the Chartered Institute of Marketing, says that this year’s World Cup was not so great for brands, as political tensions with Russia impacted on the appetite for sponsorship.

Plus, there were a few own goals by brands such as MasterCard.

The card company’s Latin American division launched a “Goals that Change Lives” campaign before the tournament began, promising to donate the cost of 10,000 meals to a food poverty charity for each goal scored by Argentina’s Lionel Messi and Brazil’s Neymar. But the campaign was ditched after receiving a global backlash – people found it distasteful to tie charity to the performance of footballers, and others asked why MasterCard didn’t just make the donation if it had the money.

Similarly, fast food chain Burger King had to make a public apology after it promised a lifetime supply of Whoppers to any Russian woman who got pregnant by a World Cup player. The “Whoppers for Babies” campaign was rightfully labelled as sexist.

“The lesson for marketers is that with the world’s audience watching from their sofas and smartphones, brands must deliver authentic, socially aware creatives that create real emotional connections,” says Daly.

Contrast this foul play with brands that created positive and authentic experiences for fans, such as in Manchester, where car company Auto Trader paid for a “fanzone” in the city centre so 8,000 supporters could watch last week’s semi-final between England and Croatia.

“There is no better example than the World Cup matches to highlight how great content can be amplified and made more powerful by experiencing it at an event with others, rather than on your own,” says Steve Eakins,

“Brands which share similar target audiences to those watching the World Cup would be crazy not to tap into this energy.”

With the tournament over, it seems that marketers played well. Despite a few red cards for the likes of MasterCard and Burger King, many brands used social media and digital channels to supplement their

campaigns. But it also underlined key challenges for the industry: brands must prepare content well in advance, they must work across TV and online, and they need to appeal to the diverse audiences that are drawn to football.

But there’s a larger, more important question. Will England bring it home in 2022?