Despite apocalyptic Brexit warnings, the good news keeps on coming 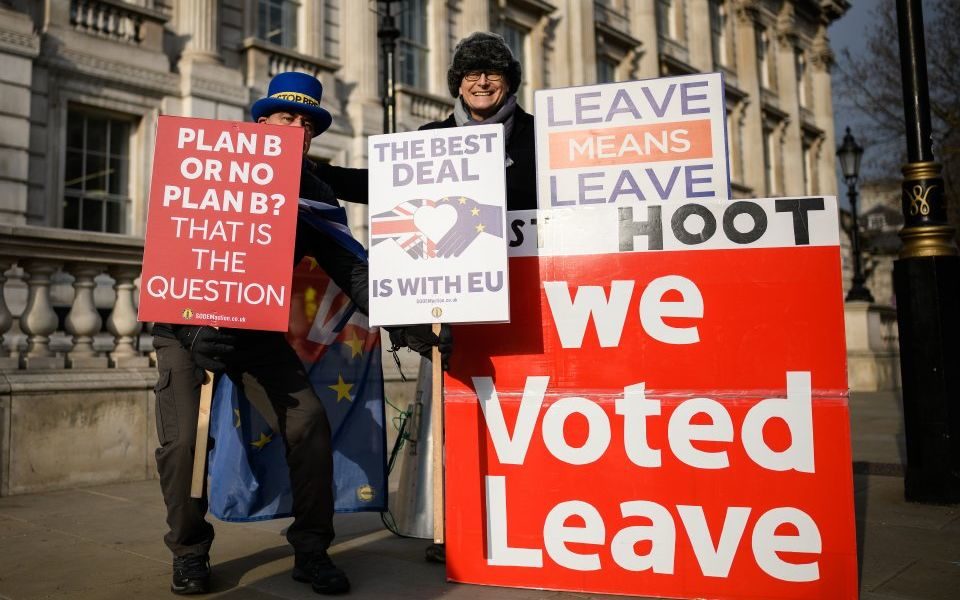 As the twists and turns of this long drawn-out Brexit drama continue, possibly the most surprising aspect of all is just how resilient the good news about UK business continues to be.

I know this is tempting fate, I know many experts keep saying that the economic cycle suggests we should have had a recession in Britain by now, and I know I’m not alone in believing that we would benefit from a having a chancellor who demonstrated a positive belief in our country and the benefits that Brexit could bring.

But let’s be honest with ourselves, the UK is doing pretty damn good, despite Brexit.

Of course, surely no one would want to wish bad economic news on their own country.

But in their private thoughts, I can imagine devout Remainer strategists saying to themselves: “if only something would give, if only unemployment would return, if only inflation would climb, if only we had the economic warnings the Germans are getting, if only there were some real bad news – then the British people might finally abandon Brexit”.

Think about it. If there were even the slightest evidence that past Treasury scaremongering about massive unemployment, collapsing economic growth, and plummeting property values were beginning to come true, would there not be a gaggle of Remainer cheerleaders queuing up to give interviews?

Would George Osborne, Peter Mandelson, Tony Blair, John Major, Chuka Umunna, Andrew Adonis, Anna Soubry and Dominic Grieve and the rest not be elbowing each other just to be first to say “I told you so”?

Of course they would.

But here we are at the end of January, with the clock running down towards a no-deal Brexit, with the UK government sustaining its largest ever parliamentary defeat in British history, with repeated threats of resignations from cabinet members who could bring down the government, and with the collapse of the Prime Minister’s attempt to find a cross-party, consensual approach.

And still, the good news keeps on coming.

Despite all the dire economic predictions, despite the appalling state of our politics, despite the growing fear for our democracy and the apparent biblical catastrophe that will befall us when we jump off the Brexit cliff and crash out of the EU safety net into oblivion, we have just had an announcement recording the highest levels of employment in the UK – ever.

Although this week’s figures show a slight increase in UK unemployment, the more important statistic is that the percentage of people in work climbed to a record high and delivered the highest number of workers – some 32.54m.

Along with that astonishing headline came the corresponding news that the share of the workforce looking for a job and unable to find one remains at its lowest for over 40 years, helped on by a record number of vacancies, suggesting that the trend is unlikely to change just yet.

It didn’t stop there – wage growth continues to outpace inflation, which fell back slightly in the latest month.

This must be contrasted with the unremittingly bad news coming from Germany – where there is real doom and gloom about the prospect of a recession – and the rest of the Eurozone.

The idea that the Eurozone economy is going to get better any time soon has few followers.

And here we come to the most important point of all: the Eurozone needs a successful Brexit far more than the UK does.

The last thing that EU leaders facing populist protests (just look at France) could endure is for the UK to fail – they need our economy to jump off the cliff and soar with the uplift, pulling them with us.

And guess what? The IMF has just suggested that this is exactly what might happen.

I’m no great follower of the economic predictions which the IMF is prone to make, but when it is downgrading so many EU economies (especially Germany and France) and forecasting that the UK is likely to enjoy the best economic growth – despite Brexit – we should listen.

Don’t fall for the desperation in Westminster, but rather take confidence, and liberalise our economy to ensure Britain’s success.