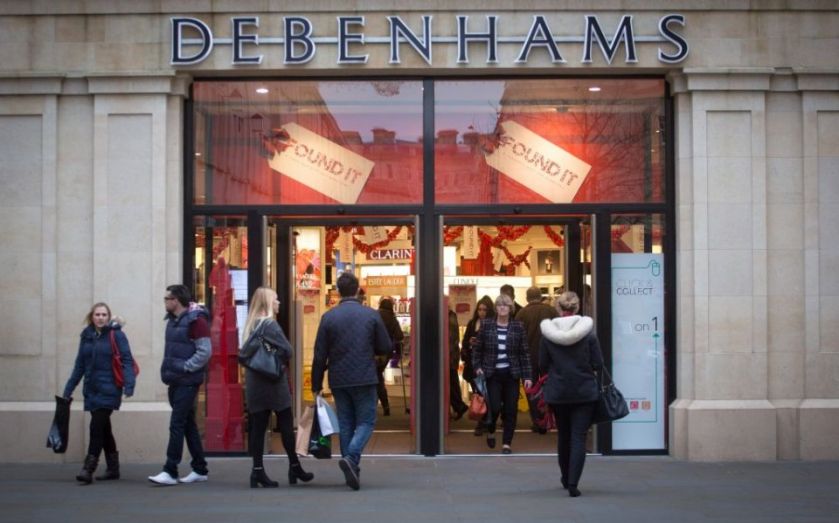 Debenhams is facing further shareholder unrest, with several more of its biggest investors joining broker Cenkos in its attempts to unseat the retailer’s top bosses. Milestone Resources, Schroders and Old Mutual are said to have teamed up with Cenkos, which was last week revealed to be in talks with other shareholders about possibly replacing chairman Nigel Northridge and chief executive Michael Sharp. Milestone is an investment vehicle lined to Landmark Group, a Dubai-based retail group led by former London cab driver Mukesh “Micky” Jagtiani. The total stake owned by Milestone, Old Mutual and Schroders combined is around 25 per cent of the retailer’s issued share capital. Debenhams has endured a tough few years in the recent past, as a result of heightened competition on the high street, weak consumer spending, and an over-reliance on promotions.  Sharp said in June that the group was on track to deliver full-year profits and margins in line with expectations, despite seeing no underlying sales growth in its third quarter. The company has been cutting back promotions, strengthening its online offering, and adding concessions in under-used store space to boost returns and increase shopper numbers. However, a source cited by the Sunday Times said progress with this strategy was too slow, and that shareholders would be willing to keep Northridge as chair if Sharp was replaced in a timely manner. Debenhams yesterday declined to comment.