Davis Cup reboots, Wembley sale talk and Premiership Rugby takeover bids: how private investment is shaking up a sports industry at a crossroads 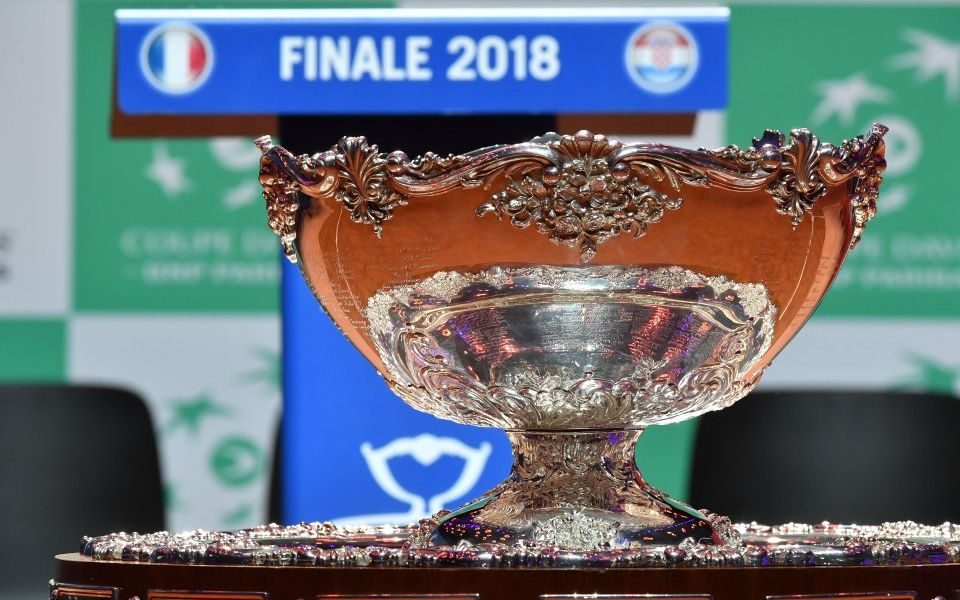 From plans for a breakaway Super League in European football to takeover bids for Premiership Rugby, the collapsed sale of Wembley Stadium and the $3bn revamp of the Davis Cup, there is a common thread running through some of the biggest sports stories of recent months.

Change is sweeping through the industry at breakneck pace as sports bodies look to grow, modernise and restructure to meet the demands and habits of a new generation of consumers – and much of it is being driven by private investment.

When Europe’s biggest football clubs including Real Madrid, Manchester United and Bayern Munich drew up the blueprint for a Super League, as it was alleged this month that they did, it was after a sales pitch from Charlie Stillitano, chairman of American promoters Relevent Sports.

The nebulous but increasingly influential Relevent had already devised the International Champions Cup series of prestige pre-season friendlies and earlier this year established a joint venture with LaLiga that includes plans to stage Spanish top-flight matches in the United States.

CVC Capital Partners, the private equity former owners of Formula One, might have failed with a £275m offer for control of Premiership Rugby in September but prompted the representative body of England’s top sides to make clear it would welcome investment in exchange for a minority stake.

US sports mogul Shahid Khan’s £700m bid for Wembley, which was welcomed by Football Association chief executive Martin Glenn, illustrated that little is off the table, even if a deal ran aground amid resistance from more traditional factions within the governing body.

Such resistance in tennis circles to an overhaul of the Davis Cup as part of a 25-year deal with investment group Kosmos – led by Barcelona footballer Gerard Pique and backed by two of the world’s richest men, Oracle founder Larry Ellison and Rakuten chief Hiroshi Mikitani – was ultimately overcome in August, when the new-look format was rubber-stamped to begin next season.

Elsewhere, football’s world governing body Fifa has discussed a proposal led by Japan’s SoftBank and rumoured to be backed by Saudi money to beef up the Club World Cup and introduce a new competition for national teams, while privately funded events – Tie Break Tens, the Six Day Series – have enjoyed some success in tennis and cycling respectively.

Sports have a number of different incentives for embracing private investment, explains Bailey, who was part of the Charles Russell Speechlys team that worked on the Davis Cup deal on behalf of the International Tennis Federation.

“I think we’re seeing a lot of sports facing crossroads decisions,” he says. “They need to reset their competitions. They might need new stadia or facilities. Securing an injection of cash allows them to reposition themselves and use that upfront investment to defray the cost.”

Changing consumption habits, sport’s evolution into a more service-driven, entertainment-focused industry and a reduction in public funding have forced bodies to urgently examine whether they need additional revenue streams in order to grow – or simply survive.

“Normally sports are quite slow [to change],” says Bailey. “I think they’re now realising that they have to go quickly. And if they don’t they will simply become irrelevant and either there will be breakaways or private investors will do it anyway.”

Private investments in sport appear to stand a better chance of success if – as illustrated by the cases of Wembley and CVC’s Premiership bid – they represent genuine partnerships rather than buyouts and marry the relevant qualities of both parties.

“No one wants to give up control completely,” says Bailey, who advocates a blend of “heritage, game understanding and an appreciation of the sport on one side of the ledger, and on the other side the new money, innovation, efficiency and drive to try to grow into new markets.”

With Premiership chiefs openly courting investment and a shake-up of the international game in the pipeline, former World Rugby legal director Bailey believes the sport – seven and 15-a-side – is one of the most ripe for external funding.

“It feels like it’s got to a genuine crossroads after 23 years of professionalism,” he says. “It needs a reset and a restructure, and those are the conditions that would suit a great investment opportunity to take it to the next level.”

Bailey joined Charles Russell Speechly’s in January, following a spell as the FA’s director of football governance and regulation, as part of a shake-up for the international multi-disciplinary firm which also saw it absorb boutique sports practice Couchman’s.

The Davis Cup overhaul was an early feather in the cap for the new alliance, and Bailey says the department’s combination of sport industry experience and global footprint makes it well positioned for further deals of a similar nature.

“Our view is that unless you have a multi-disciplinary, expert team that is based around the world you can’t create these international public-private partnerships in a way that’s optimum for your client. Because these are new arrangements, we haven’t seen a lot of them,” he says.

“It’s a fascinating time and I think you’ll be seeing lots of these things over the next few years as the transformation continues. It’s an interesting time to be around in sport.”