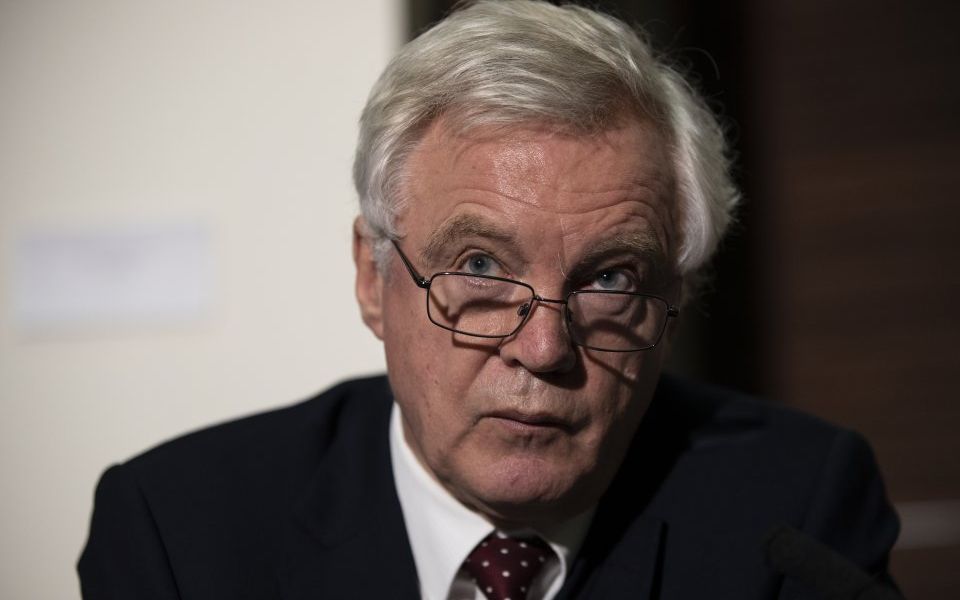 David Davis today branded Germany an "antagonist" as he accused the European powerhouse of wanting to punish the UK for Brexit.

In a speech in Munich, the former Brexit secretary launched a scathing attack on the UK's "continental friends", singling out German politicians for wanting to see Britain fail after it leaves the EU.

Davis, who quit the Cabinet in July in protest at Theresa May's Brexit negotiating strategy, called on European leaders not to "penalise" the UK and instead focus on securing a good trade agreement – adding a no-deal Brexit would cost 30,000 jobs in the German car sector alone as exports to Britain would fall.

He argued the solution to the much-debated Irish border problem was on the table, as the EU was already prepared to accept the use of away-from-the-border technology to enforce customs policies between Northern Ireland and mainland Britain.

Davis' speech came as EU leaders gathered for a working lunch in Salzburg to discuss the UK's latest plea for a rethink of their negotiating stance.

Speaking on Thursday afternoon, Davis said: "In the aftermath of our referendum vote, it was understandable that many of our continental friends were dismayed or even angry.

"However, this irritation with our decision has transformed into an entrenched view that 'the United Kingdom cannot be seen to succeed'. Senior politicians here in Germany have said exactly that.

"It seems to me that this is the attitude not of an ally, or of a friend, but of an antagonist."

Davis went on to argue that it is "extraordinary for an organisation like the European Union, with all of its successes and triumphs, to believe that the only way it can keep members in the EU is by punishing those that choose to leave".

He added: "This, to me, seems to show a profound lack of confidence in the project."

Turning to the consequences of no-deal between the UK and the EU, Davis warned that as well as the car industry being hit, the German dairy, French drinks and Irish beef trades would also suffer.

Davis also attacked May's Brexit plan – known as the Chequers agreement – describing it as a "non-starter" that breaches previously set-out red-lines on sovereignty.

Read more: BMW to shut Mini factory for a month after Brexit

He echoed warnings from the EU's chief negotiator, Michel Barnier, that May's plan to keep the UK tied to Brussels' rules on goods but not services was not acceptable.

"Believe me, as somebody who has been so close to these negotiations I have lived and breathed many of the issues involved," said Davis, adding: "As Germans know as well as anybody, the four freedoms of the single market are sacrosanct and indivisible."

The EU is set to hold an special summit on Brexit on November 17-18 in a final bid to secure a deal with the UK.