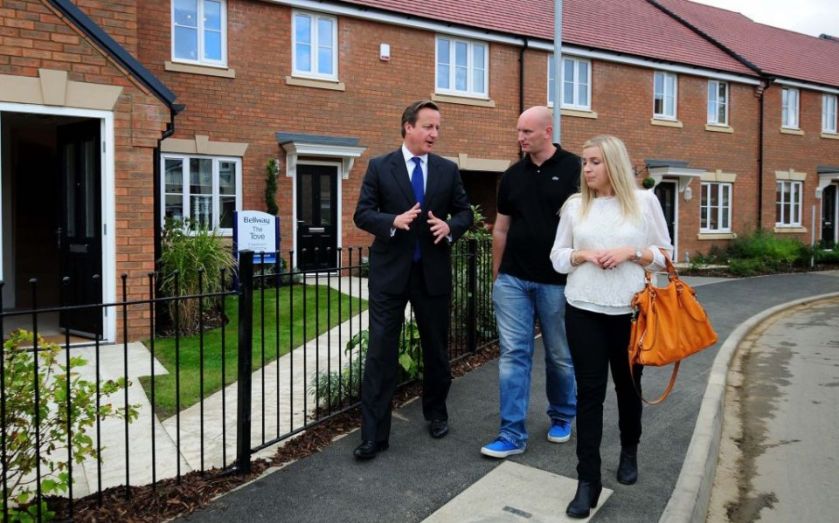 In a move designed to appeal to C2 voters, the Prime Minister will pledge discounts of up to 70 per cent for around 1.3m families living in housing association properties towards buying their own home.

Cameron will unveil the scheme as one of the defining features of the Tory manifesto in a speech in the West Country today. The Tory leader will revive Margaret Thatcher's vision of a "property-owning democracy" in order to spur voters to return a Conservative government.

Cameron is expected to tell the nation that the Conservatives "are the party of working people, offering you security at every stage if your life". If the Tories win the General Election, they plan to force councils sell off some of their more high-valued properties when they become vacant to pay for the right-to-buy extension.

It is hoped this will raise £18bn by the end of the Parliament. Housing has become a hot political issue in recent years with soaring prices and people finding it increasingly difficult to get on the property ladder and many giving up on the dream of homeownership altogether.

Thatcher's right-to-buy policy proved wildly popular with close to 1m council houses being sold to their tenants by 1987. The policy was credited with bringing a whole new swathe of voters over to the Conservative Party and reducing Labour's ability to appeal to a key part of the electorate.

The announcement comes hot on the heels of an ICM poll showing the Tories leading Labour by six points. However, at this stage of the campaign the polls vary widely.

Visit our General Election poll tracker to see how each party is faring in the build-up to 7 May.