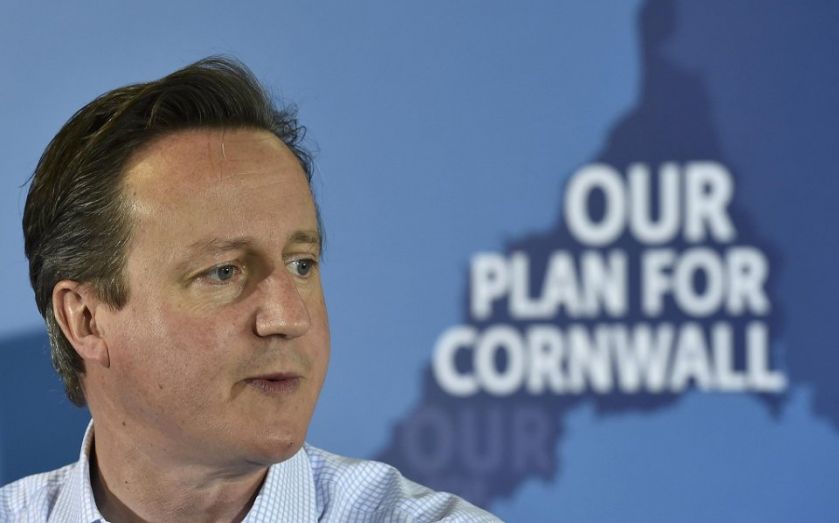 David Cameron and William Hague have outlined their plans for English Votes for English laws (EVEL) which include an England-specific rate of income tax.

The proposals are part of the Conservative Party's first ever English manifesto. The Tory campaign has zoned in on the possibility of a SNP-Labour deal as a key issue that could sway English voters in marginal seats to return David Cameron to Downing street.

English MPs would have a veto on matters that only applied to England. The Prime Minister said in a speech in Lincoln:

Cameron argued the Tory proposals represented a "fair deal" for all regions of the UK. The Conservative leader was at pains to stress that the plans for EVEL were not about fragmenting the UK but making the union stronger by preventing resentment rising in England.

Scotland is due to receive new powers thanks to the findings of the Smith Commission that was set-up in the wake of the independence referendum where Scots voted to stick with the Union by a margin of 10 points. Scotland will soon have the ability to decide its own income tax rates.

If the Conservative win the General Election the English manifesto will be implemented within the first 100 days of the next government. The centre piece of the proposals are an English rate of income tax, which could apply to Wales and Northern Ireland until further devolution is implemented.

"It is simply unfair. And with English Votes for English laws we will put it right."