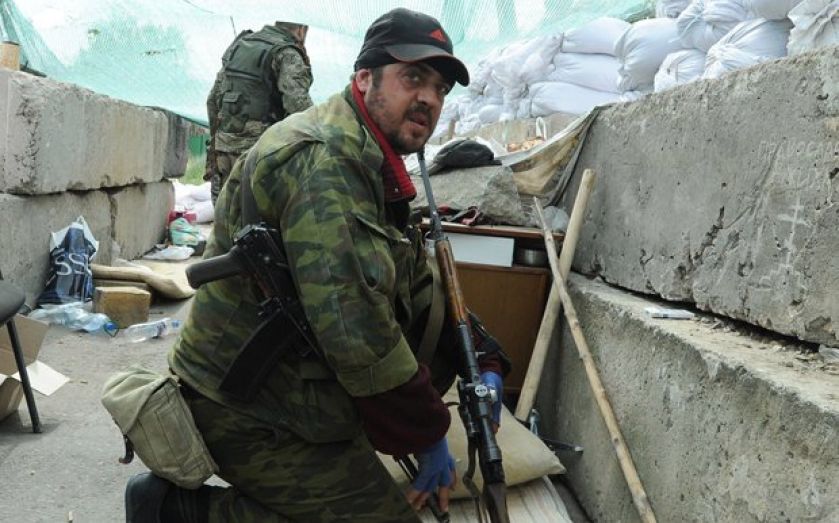 “We live between the act of awakening and the act of surrender.” John O’Donohue, Irish poet

MY GOD, they’ve finally done something. In the end, it wasn’t the horrific shooting down of MH17 – highly likely by Russian separatists in eastern Ukraine – that goaded a seemingly inert Europe into decisive action. Even after this “game-changing” event, many European countries remained firmly opposed to substantive Tier 3 sanctions that would hit entire sectors of the Russian economy.

No, perhaps it was simply a lack of common courtesy, as the open disdain shown to Europe by Russia’s Vladimir Putin glaringly highlighted the almost total impotence of Europe’s response to Russian adventurism up until now. Since the downing of MH17, the Kremlin has actually intensified its support for Russian separatists in Ukraine, while certainly not cooperating fully with efforts to secure the crash site. Over this past weekend, the Russian President did not even deign to return Chancellor Merkel’s phone calls. Following such an obvious snub – and with it painfully clear that Russia simply did not take Europe seriously – at last Europe’s leaders felt they had no choice but to act.

By European standards, the new Tier 3 sanctions are nothing short of revolutionary. Elegantly forged in a three-way deal between Europe’s great powers, the sanctions target Russian finance (a worry of London), Russian arms (France’s concern), and the Kremlin’s pivotal energy market (Germany’s preoccupation). By placing all three sectors jointly on the table, each power is able to get just enough from the others in order to make these severe measures stick.

Yes, there are certainly still grounds to quibble. In saying that Russia will only be barred from making future defence deals with Europe, France’s egregious Mistral contract for attack helicopter carrier ships will be allowed to continue. Likewise, gas exports will go unpunished, as Europe is highly dependent on Russian energy. So while Germany and France will suffer, it is the financial realm (meaning London) that will bear the brunt of the sacrifice.

But the other non-financial aspects of the sanctions do matter. There will be no export permits for engineering equipment for deep-water or Arctic drilling, which will hit the Kremlin where it economically lives. Likewise, Russia’s lucrative defence ties to Europe will immediately shut down.

But it is the shutting off of Russia’s state-owned banking links from European capital markets that is the dagger in the heart for the Kremlin. Over the past three years, about one-half of all bonds issued by Russian state-owned financial institutions were raised here, making it the country’s single biggest outside source of foreign capital. And Russian firms desperately need such financing, with state-owned companies having $41bn in external debt coming due over the next year, and state banks another $33bn. This leaves major Russian companies wholly dependent on the Russian central bank and perhaps China as the only significant lenders of last resort.

None of this is going to stop Putin in his tracks. For Russia does have hefty foreign exchange reserves, and a robust fiscal position. However, the country’s already stagnant economy is quite likely to tip over into full-blown recession now. And if the sectoral sanctions are not the silver bullet that will immediately cow the Russian President, they certainly do amount to Europe declaring economic war on Russia’s adventurist regime.

So many geopolitical impacts flow from Europe’s return from the diplomatic grave. First, the geostrategic battle with Russia is now truly joined. With Russian-backed separatists losing two-thirds of the territory they recently controlled to the resurgent Ukrainian army over the past few weeks, Putin will have to do more to support them in the near term (risking even more fraught ties with the West) or admit defeat, imperilling his continued rule. True to form, look for the Russian President to double down in terms of both his support for the rebels and his defiance of the West.

Second, European leaders can again hold their heads up high, as they proved (just) that they are capable of acting – even accepting significant economic pain – in the interests of furthering their foreign policy. After MH17, a Europe that did not do anything to defend its citizens amounted to a laughing stock. By acting, and acting decisively, Europe has regained a vital measure of its geostrategic credibility.

Lastly, in coordinating its moves with the Obama White House (which immediately matched Europe’s new strictures), Europe showed that the West remains more than just a geographical expression. The world’s fireman is put upon, and perhaps not what he used to be. But, praise God, he still exists.