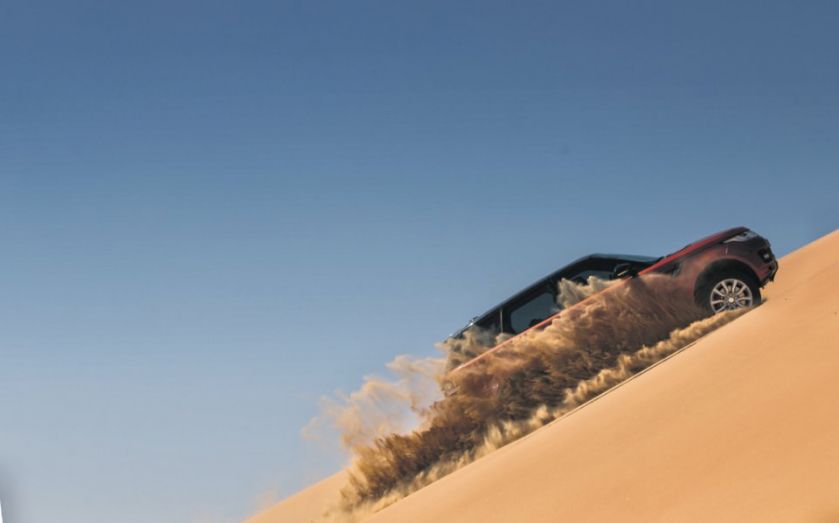 The ancient Greeks believed that Atlas was the primordial Titan who held up the sky. The mountain range that takes his name separates the Sahara desert from the Atlantic Ocean; Marrakesh, the cultural and spiritual capital of Morocco, rests in its shadow. This would be my base before I set off in a 4×4 to explore the remote Berber villages.

A convergence of the Middle East and Africa, this now-modern country has historically acted as egress to Europe. The old Arab medina still holds the city’s core and its many religions and cultures. It’s a world away from the Morocco I recall from my trip 10 years ago: Chinese scooters have replaced the camels, tank-tops show off bare flesh and everyone in sight has a smartphone.

I had prepared for my journey with a spa fix at La Sultana riad (a traditional Moroccan house with an interior courtyard), leaving me perfectly rested and sufficiently hydrated for my desert adventure. La Sultana, in the heart of the city’s Golden Triangle, is discreet and utterly magical. Combining five riads, each one a new paradise inspired by an exotic land, the hotel brings a quiet sophistication to the heat and sweat of the city. Here you can dine under the stars on the rooftop, sleep all day in giant beds and laze around in the hamam: blissful.

The Atlas Mountains, though, are the adventure-seeker’s playground; where the nomads left their tracks is now the place 4x4s rally.

Villages with more goats than people whizzed by. The sleek tarmac highway had morphed into potholed tracks covered with a fine, pink dust powder, which covered the car like a veil. The endless mountains had the faintest hint of snow at their peaks. I could just about make out Middle, High and Anti-Atlas.

My goal was to drive higher into the mountains, cruise into unexplored rivers and back up onto unnamed peaks. I travelled in silence for a few hours, the idea of tectonic plates colliding and forming these magnificent wrinkles playing on my mind, hot wind on my face from the open window.

By midday the sun seemed to halt in the sky and shadows were nowhere to be seen. I sneaked out of the car and darted to the nearest tree.

Ramadan, the ninth month of the Islamic calendar, was officially over and the fasting had ended. Villages were celebrating with tagines fat with goat and root vegetables. As I passed by women waved and children called after me. These were part of the Berber people, descendants of the pre-Arab civilization in Northern Africa, and they have the nomadic spirit to prove it. The Berbers are also called “Amazighs” or “free-borns” and in 2011 their culture and language was given full recognition in the new Moroccan constitution.

Lunch, which the Moroccans like to call second breakfast (after the earlier morning raw yoghurt with dates), was served sitting on the floor of a local man’s home. His name was Mohammed and his son commenced the feast by washing my hands. The “Maghrebi” tea ceremony, which an 1850s British merchant brought to the country, is an elaborate pouring and measuring of green tea, mint leaves, sugar and a family’s secret combination of herbs. As the silvery pot poured the virescent liquid,  Mohammed shared a proverb:

“Khobz” flatbread was served with “amlou” (a blend of toasted almonds, honey and Argan oil) and semolina fried breads, called “harsha”, dipped in green olive oil. Mohammed’s home overlooked an old town and the sounds of prayers from the mosque rose up to meet us. I remained quiet and mindful as I sat on my woven red and pink mat in this little town high up in the mountains.

Mohammed’s family – a collection of young sons and a daughter – all wished me well for my journey and offered me a place to sleep should I ever return.

As I drove further into the mountains villages with Berbers became less and less frequent. The waterways, carefully routing the rivers to local farms, acted as my guide. The pink dust had completely coated both me and the car – out here in the vast emptiness, it really does feel like you become a part of your surroundings. I won’t be leaving it a decade until my next visit.

NEED TO KNOW
• The Moroccan National Tourist Office is full of helpful information: visitmorocco.com. To book your own tour contact specialists Abercrombie & Kent: abercrombiekent.co.uk
• Where to stay: The excellent La Sultana (pictured right) can be booked at lasultanahotels.com
• How to get there: Cheapflights.co.uk offer flights to Marrakesh from London Luton from £270 return or from Manchester from £499 return in August.