Of course we must protect the planet, but not by taking Britain back to the dark ages 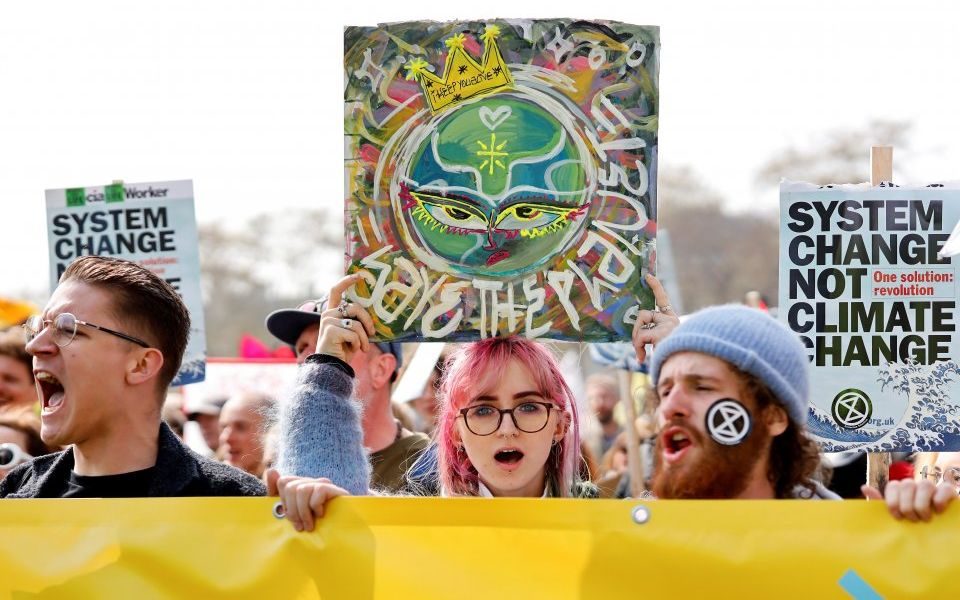 Then yesterday, the Committee on Climate Change published a series of recommendations on how to cut Britain’s carbon emissions, including banning the sale of petrol and diesel cars by 2035 and increasing the cost of air travel.

Making this planet greener and cleaner is a goal shared by people across the political spectrum. For decades we have been incrementally improving our current technologies to promote sustainability, and very few would argue that we should change direction.

But there are questions about how current green movements are operating – often giving little consideration to how their radical demands would actually affect people’s lives.

Take the Extinction Rebellion movement, which decided that the best way to raise awareness about climate change was to impede the people of London from getting to work.

Ironically, it was those who already choose to take more eco-friendly modes of transport to get around the city (cyclists and train riders) who really struggled, while protestors sang and danced in the streets for a week.

Once the streets began to empty, protesters headed to Heathrow, where they tried to stop families from flying off on their Easter holiday – for many, it would be the only foreign trip they’d take a year.

Another example of this rather bizarre approach to tackling climate change is the Lancet’s unveiling of its “planetary diet” earlier this year. This radical plan explained how wars and natural disasters are “opportunities from which the food system can be transformed”.

Little care seems to be given to how real people would fare living on such a utopian planet. If the only priority is to cut carbon emissions, we could achieve that overnight, but we must acknowledge that this would mean making people poorer and deprived overnight as well.

Is the situation a hopeless ultimatum between the health of the planet and the health of people? Absolutely not. If we look at the picture holistically, we can spot which advancements are beneficial to both our earth and those who inhabit it.

Take fracking, a successful intermediary between extremely dirty fuel and the greener energy revolution to come. The shale gas that can be extracted from our shores produces half the pre-combustion emissions as the gas which we import.

The transfer to green energy has to take place when it can actually deliver on energy demands. We’re not quite there yet with favoured renewable sources – currently to extract the same amount of energy you’d get from one shale gas well, you’d need 750 times the amount of land for onshore wind.

The Extinction Rebellion movement deliberately overlooks how this achievement will only be made possible through free enterprise.

It will be a young woman in her garage who is going to figure out how we make solar panels affordable or wind more effective – not a bureaucrat in Whitehall.

The message of climate change protesters might be simple, but the way to achieve a greener world is far more complex, with real economic trade-offs that will impact people’s lives.

It would be nice if protesters acknowledged these realities, and stopped campaigning for behaviour that would quite literally send us back to the dark ages.