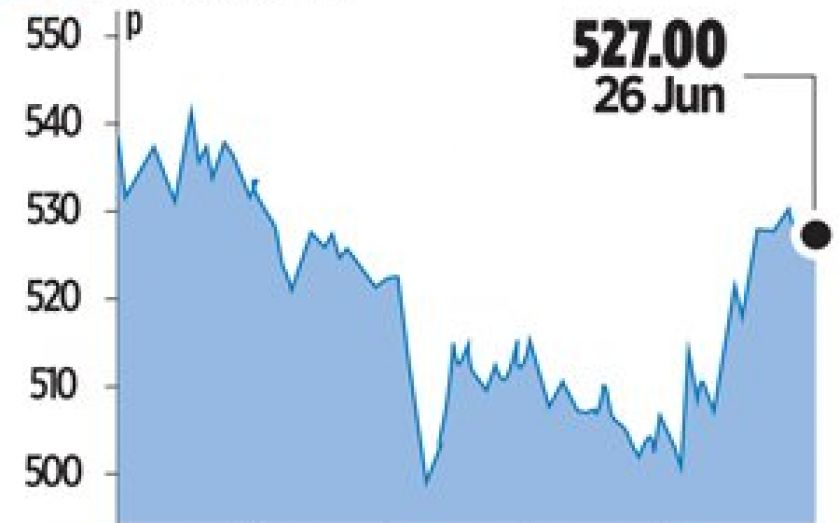 SHARES in Countrywide surged over five per cent yesterday, after it said it would pass the proceeds of its recent sale of its stake in property portal Zoopla on to shareholders.

It plans to pay a special dividend of £20m, worth 9p per share, alongside its interim dividend, on 15 September.

Countrywide sold around nine million shares in Zoopla when it floated last week. It still holds a 4.1 per cent stake in Zoopla, which it is required to hold on to for 180 days as part of a lock up agreement.

Zoopla priced its shares at 220p, in the lower half of its range of 200p-250p, leaving it just short of a £1bn market capitalisation.

Countrywide’s shares closed up 5.2 per cent yesterday at 527p.