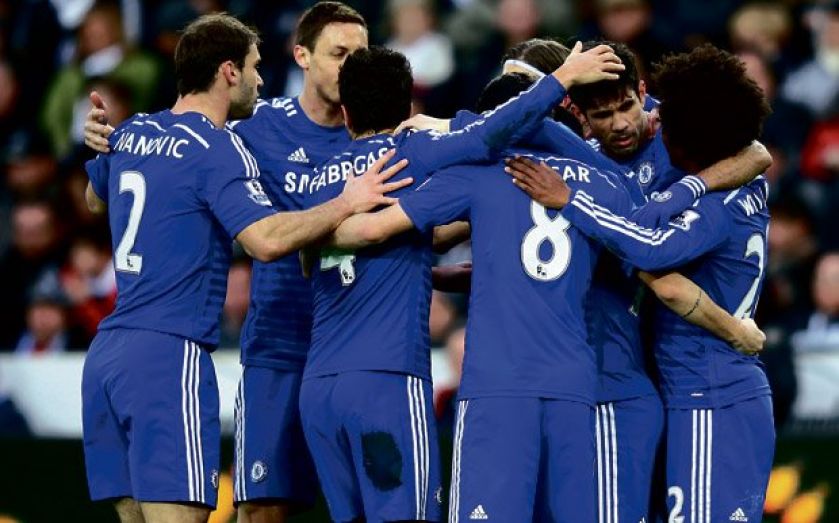 LIVERPOOL manager Brendan Rodgers has labelled Chelsea the best team in the country but insists his side can beat them at Stamford Bridge next week if tonight’s Capital One Cup semi-final first leg goes awry.

The Blues arrive at Anfield this evening having just extended their Premier League lead over Manchester City to five points with an ominous and clinical drubbing of Swansea on Saturday.

But Rodgers, whose team have recovered from a difficult spell to go eight games unbeaten, was bullish on the eve of the clash with his former club, insisting he did not view a tie that has a rich history as a threat.

“Chelsea are the best in the country. Over two games we’re really looking forward to it, because when we last played them we weren’t in a good moment,” he said of November’s 2-1 home reverse.

“But now at this point of the season, we’re developing and improving and our confidence is very high. They are two tough games but games that we’re really relishing.

“Winning a trophy could really bring the future of the team on. It’s certainly not a threat, it’s an opportunity to get to a final. We know we’ve got to beat the best teams to win it.

“They are very strong and have got great quality. If we don’t win the game then it is not all lost, we can still go to Stamford Bridge and win, that’s for sure.”

Rodgers, a Mourinho disciple who worked as youth coach during the Chelsea manager’s first spell in charge of the Blues, has lost all three matches against the Portuguese since his return to England last term.

Most infamously, Liverpool’s title quest was gravely wounded when Chelsea outsmarted them in April, though Rodgers played down the notion of the fixture as a one-sided tactical battle between master and apprentice.

“I think a big part is down to the players. Once they cross the line it is about them and the confidence and the qualities they have,” he added.

“He is a top-class manager, Jose Mourinho has proven that over the last decade or so. He has great experience but once the players cross the line for me I have a big trust in the group and they are working well at the moment.”

Rodgers is expected to recall captain Steven Gerrard, whose infamous slip precipitated that fatal defeat at the end of last season, having rested him for the weekend’s 2-0 win at Aston Villa, but indicated that striker Daniel Sturridge was unlikely to return from a five-month injury lay-off until later this month.

Chelsea skipper John Terry, meanwhile, insists his team’s accolades will count for little if they finish without a trophy for a second successive campaign and has urged them to take another step this evening.

“We’ve got top players but until we go and win things, it’s not there yet,” Terry said. “That will be the test. We’ve shown during the first half of the season that we’re capable of pushing the top sides. There is a motivation in the dressing room to win the league and push on in the Capital One Cup, Champions League and FA Cup. It’s down to big players to step up.”

DUBIOUS GOAL SENDS CHELSEA PACKING
The Reds reached the 2005 Champions League final following a 1-0 victory in a nervy semi-final second leg at Anfield, courtesy of a controversial first-half strike from Luis Garcia. The Spanish forward nipped in to divert the ball beyond Petr Cech, while William Gallas’s last-ditch clearance failed to sway the referee against giving a goal.

MOURINHO LANDS FIRST BLUES TROPHY
An extra-time win in the 2005 Carling Cup final gave Jose Mourinho his first trophy as Chelsea boss, a clash during which he put his finger to his lips to hush Liverpool fans. Didier Drogba and Mateja Kezman won it in the additional 30 minutes after a Gerrard own goal cancelled out John Arne Riise’s early opener, while Antonio Nunez netted a late consolation.