Could Ukip really be the ”second party of the north after Labour” like Farage claims? 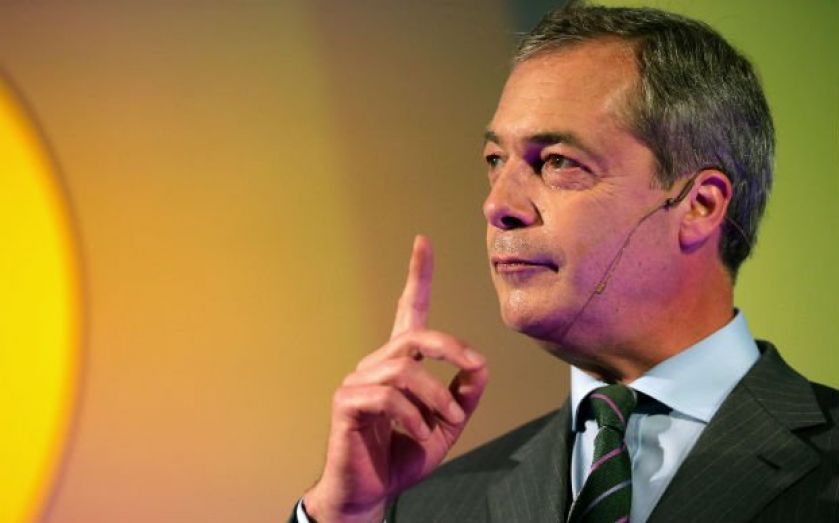 Ukip leader Nigel Farage today claimed his party was second only to Labour in the North of England, having increased support since the Barnsley by-election three years ago.

Writing in the Independent ahead of his speech at today’s Ukip party conference, Farage said the party planned to take on Labour in the northern heartlands, claiming Ed Miliband’s party had shown its unease over Ukip’s potential performance at the upcoming by-election due to take place in two weeks.

Farage claims: “Make no mistake, strong Ukip candidates will be targeting Labour-held seats in the north of England next year. The research by Matthew Goodwin shows strong, loyal Ukip support in seats like Barnsley and Rotherham where we have previously done well in by-elections. And in Great Grimsby the polls show a real swing to Ukip in a seat where the popular Labour incumbent is stepping down. Voters deserve a real choice at election time and democracy requires an opposition to work.”

So is the anti-Europe anti-immigration party actually the second party of the north?

The Barnsley by-election was a watershed moment for Ukip claims Farage, coming second to Labour. However, it was a long way off the 48.6 per cent lead of Labour.

By-elections in the North where Ukip came second

By-elections in the north where Ukip failed to come second

When it's come second, Ukip has generally reduced the lead Labour, or in the case of Withenshawe the Conservatives, have over it since Barnsley in 2011. That's in addition to increasing its share of the vote over the same time.

While Ukip is fielding high-profile candidate and Conservative defector Douglas Carswell in Clacton in two weeks time, the Heywood and Middleton by-election in Manchester on the same day may be a better test of Farage's claim.

Ukip's John Bickley is seeking to overturn a Labour majority in the area. In 2010 Ukip came fifth with just seven per cent of the vote compared to Labour's 40 per cent majority.

Now seven months away from the general election, a closer call with Labour – or even a win – could be a sign of things to come, and could mean that Farage is not wrong about being the number two to Labour in the north.