Could Jacob Rees-Mogg soon be off to 11 Downing Street? 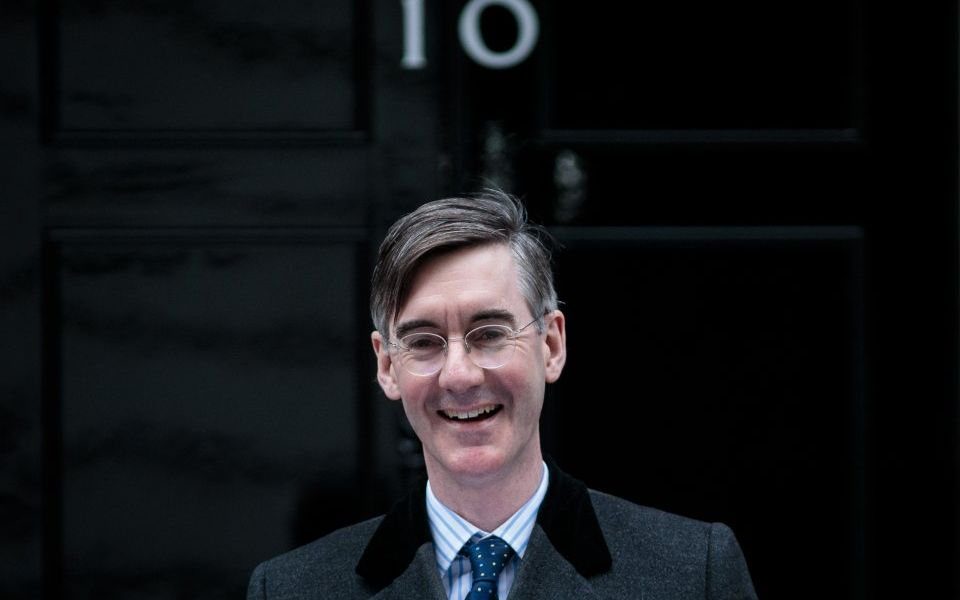 The Conservative party has a shortage of the political equivalent of rock stars.

These are the politicians that the public would not merely recognise (already a rather an elite cohort), but actually might cross the road to ask for an autograph – or, more usually these days, a selfie.

Boris Johnson has this star quality, of course. Jacob Rees-Mogg does too. After that, one starts to struggle. Yet the two are not rivals.

For the forthcoming Tory leadership contest, Rees-Mogg has already given a very clear indication that he will be backing Boris, and has been still more emphatic about ruling himself out. He says that to go straight from being a backbencher to Prime Minister would not be credible.

There have been Prime Ministers who have not previously held ministerial office. David Cameron and Tony Blair come to mind.

But that is different. If you are the leader of the opposition and your party has been out of power for several years, it is regarded as reasonable. For a party in government replacing a Prime Minister, it is a different matter.

Yet fans of Rees-Mogg need not despair. I think that there is a very good chance he could be the next chancellor of the Exchequer.

To start with, a vacancy is likely to arise – my prediction is that Philip Hammond will shortly either resign or be sacked.

Why? Well, the next Prime Minister is likely to be a Brexiteer. The top two candidates chosen by Tory MPs will then be put before a ballot of Conservative members. I would be surprised if both the candidates will be Remainers, and if one of the final two is a Brexiteer, he or she will start with a huge advantage.

It is always possible that we could end up with another technocrat as Prime Minister, albeit one less dull and more capable than Theresa May – say Matt Hancock or Jeremy Hunt.

But even then, I suspect that Hammond would be out. Apart from his efforts to undermine Brexit, it is hard to think of what he has done. The economy has been steady – yet at times Hammond seems to find that disappointing, as he predicted the EU referendum result would cause a downturn.

For Rees-Mogg, the MP for North East Somerset since 2010, to succeed Hammond would be a bold move. Yet even those who disagree with him would find it hard to argue that he wouldn’t be up to the job.

He has been a highly successful fund manager, as co-founder of Somerset Capital Management. It is hard to see him being unduly cowed by Treasury mandarins.

And his relationship with Mark Carney, the governor of the Bank of England, would be interesting. The two have sparred at Commons select committees, with Rees-Mogg excoriating the governor over dodgy forecasting. His interrogation was all the more ruthless for being so calm and polite.

Opponents will struggle to catch out Rees-Mogg on points of accuracy. Let us take bananas.

I recall that, some years ago, he would take every chance to denounce the EU ban on curved bananas. Invariably some europhile would claim that there was no such ban.

At this point, Rees-Mogg would triumphantly produce from his wallet a piece of paper detailing EU regulation 2257/94, stating that bananas must be “free of abnormal curvature” and should be at least 5.5 inches long.

While so many politicians come across as frightened rabbits, the MP for North East Somerset exudes the aura of a man true to himself.

He enjoys an argument – unlike so many of his colleagues who dive for cover. One of his strong opinions is that tax should be cut – he has a particular interest in the Laffer Curve, and seeing where lower tax rates could be expected to yield increased revenues.

Under Hammond, the tax burden has increased. For the Conservative government to be reinvigorated, a bold tax-cutting agenda will be key.

Naturally, this will hearten traditional supporters, but it would also offer a better prospect of winning converts to the Conservative party. Recent polling by the think tank Onward found that “young people are more in favour of lower taxes than any age group”.

For someone mocked as “the honourable member for the eighteenth century”, Rees-Mogg is adept at using the current tools for political campaigning. He will tweet, post entertaining photographs on Instagram, and host LBC phone-ins.

He may enjoy quoting Latin and historical anecdotes, and his preference for a navy double-breasted suit, or perhaps tweed at the weekend, strikes some as outdated.

Yet my hunch is that Rees-Mogg is a man of the future. Don’t be surprised if this autumn he presents his first budget – and if he gives the nation a strong dose of much-needed Lawsonian radicalism.