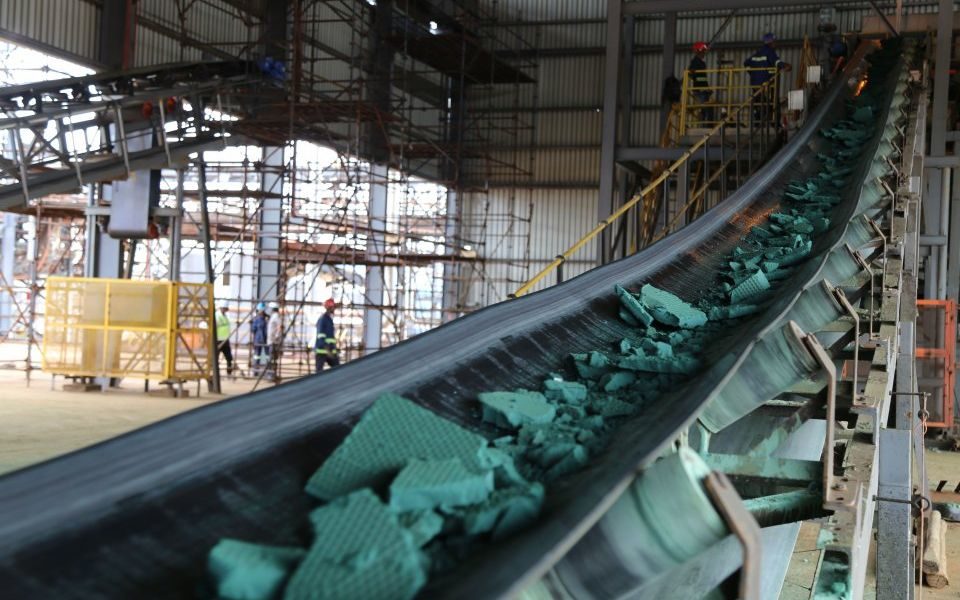 Mining giant Glencore’s shares were on the up this morning as it announced rising adjusted profits, despite missing analyst estimates and taking a huge 41 per cent hit net income hit from costs relating to its copper and cobalt mine in the Democratic Republic of Congo (DRC).

The firm also announced a $2bn (£1.53bn) share buyback program after shareholders suffered a tough year, involving a corruption probe and being hit by US sanctions on Russia.

Glencore shareholders had a difficult 2018, with the firm’s stock falling 26.1 per cent from a 52-week high of 409.8p to 302.75p as it faced a major corruption probe in the US, as well as being hit by added costs relating to US sanctions on Russia.

Its stock underperformed compared to bitter rival BHP Group, and the share buyback program will likely be seen as a reward for sticking out the last 12 months.

The firm also said it would halve copper production at its Mutanda mine in the DRC this year, producing just 100,000 tons. The company said it would lay off workers at the site, where it also mines cobalt.

It also said it would invest in the low-carbon economy, with coal production to be limited to current levels, while added 2019 production was expected to increase overall in all its commodities.

“Our commodity portfolio and its key role in enabling the energy and mobility transition for a low-carbon economy enables us to look ahead with confidence and to remain focused on creating sustainable long-term value for all our shareholders.”