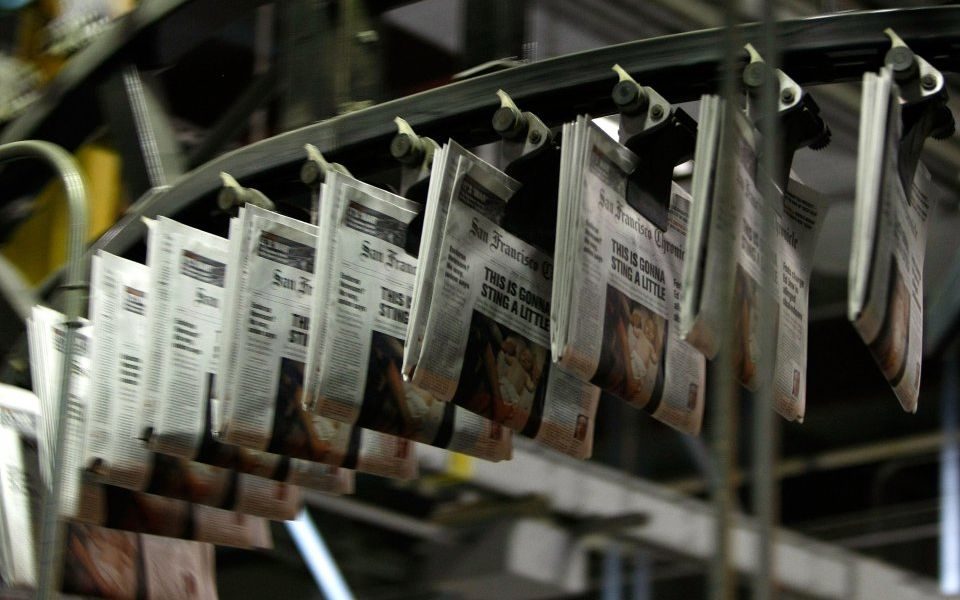 The online advertising market must face a probe by the competition watchdog amid concerns tech giants are putting the future of quality journalism at risk, a major government report has found.

In its findings published today, the Cairncross Review called on the Competition and Markets Authority (CMA) to investigate the online advertising market to ensure fair competition.

The report, which looked at the sustainability of high-quality journalism in the UK, found online publishers face a growing threat from tech giants Google and Facebook, which together take the lion’s share of online advertising revenues.

The two firms also increasingly control the distribution of publishers’ content online, according to the report.

“Because of their position, these platforms can impose terms on publishers without needing to consult or negotiate with them,” the report said. “This could threaten the viability of news publishers’ online businesses.”

The review, chaired by Dame Frances Cairncross, outlined a raft of other proposals in a bid to level the playing field for UK journalism.

Online publishers should have a ‘news quality obligation’ to help improve trust in news they host, the report stated. The new measure, which would be overseen by a regulator, would help to counteract the growing problem of so-called fake news circulating online.

In addition, the review called on media regulator Ofcom to look into the impact of the BBC on the news market amid concerns its sprawling coverage is eating away at the profits of local commercial publishers.

“The proposals I have put forward have the potential to improve the outlook for high quality journalism,” Cairncross said.

“They are designed to encourage new models to emerge, with the help of innovation not just in technology but in business systems and journalistic techniques.”

The report comes amid a turbulent time for journalism, as both print and online publishers struggle to adapt to the shift in consumer behaviour towards social media sites.

In November local news publisher Johnston Press, owner of the I newspaper, The Scotsman and the Yorkshire Post, fell into administration after struggling with a debt burden of £220m, before being bought out by the newly-form holding group JPI Media.

Online news sites Buzzfeed and Verizon, which owns the Huffington Post, have also announced a string of job cuts in recent weeks as tech giants take an ever-greater share of advertising dollars.

Last year Facebook pledged to donate £4.5m over two years to fund the training of dozens of journalists in newsrooms across the UK.

But the social media company, which reported revenues of $16.9bn (£12.9bn) in the fourth quarter alone, has faced criticism that it is not doing enough to help support journalism.

Read more: The Bureau of Investigative Journalism secures £800,000 of funding

Journalism trade body the News Media Association (NMA) said: “This is a thoughtful report which recognises the critical role of written journalism to democracy and sets out a series of detailed recommendations, many of which respond directly to the proposals put forward by the NMA and our members.”

“We look forward to engaging with the government to discuss the Cairncross recommendations in more detail and how these should be taken forward as a matter of urgency to ensure they support independent journalism delivered by a strong and sustainable press,” it added.