Unemployment is unchanged in the UK – now at 7.7 per cent in the three months to August. Last month the figure was at 7.7 per cent, and economists had forecast no change.

Employment is at record levels in London, Yorkshire and the Humber, the East of England and the South East. But population increases mean that employment is not at record rates. 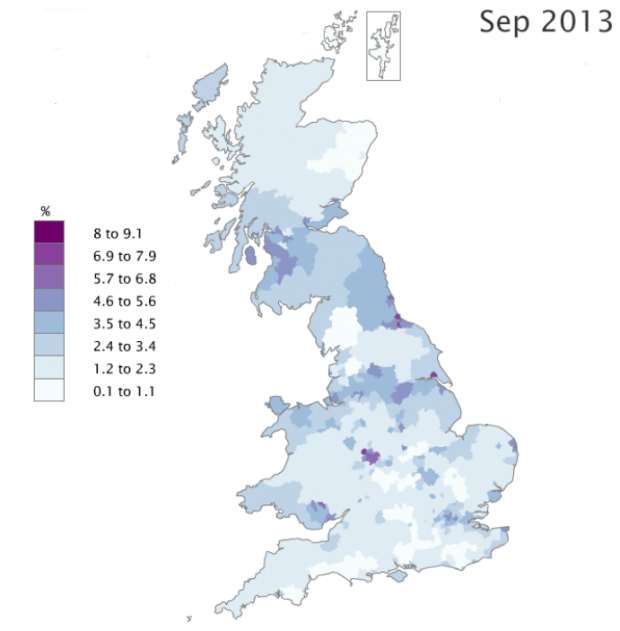 Jobless claims fell by 41,700 in September, while analysts had estimated that the sum would decline by 25,000. The claimant count drop is the biggest since June 1997.

The good news saw the pound jump against the dollar, but Alex Edwards of UKForex says they think the pound is "unlikely to make further gains in the short term whilst debt ceiling negotiations play out in the US".

The jobs number has taken on extra significance since the Bank of England introduced an unemployment threshold after the arrival of the new governor, Mark Carney.

That rule states that the Bank of England will not hike interest rates until unemployment falls to seven per cent. Although that condition is itself subject to three caveats.

Vicky Redwood, chief UK economist at Capital Economics, says that the latest figures provides more evidence to support the view that "even a fairly robust economic recovery will bring unemployment down only slowly."

Redwood says that the "hefty fall in the timelier measure of the claimant count might suggest that the wider ILO measure will fall sharply soon."