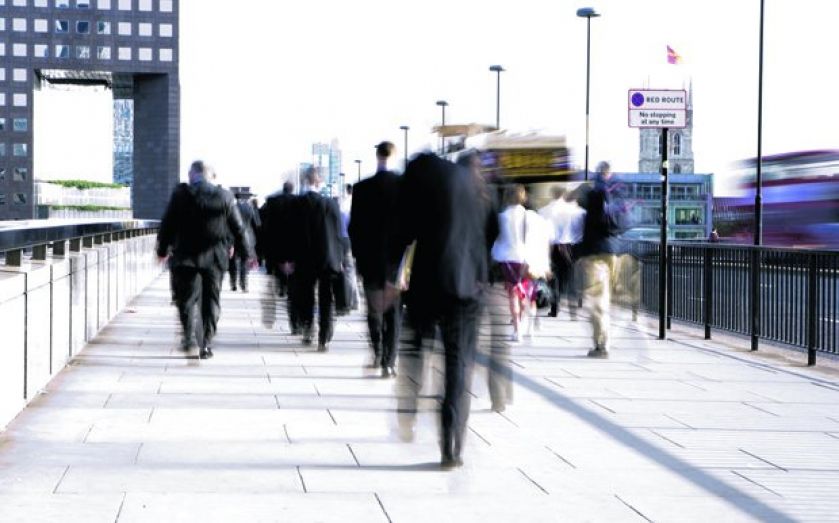 City workers are making the most of the UK recovery and firms’ expansion plans by hunting for new career opportunities and bargaining for bumper salaries.

The number of professionals seeking new roles increased 25 per cent year-on-year in September.

There are two main reasons why the professional job market is seeing a flurry of activity, say recruiters Morgan Mckinley.

They say that many professionals are seeking new work after contemplating their career goals during the holiday season.

And the firm says the market is now filling with disillusioned workers from Europe, notably France. Remarkably, the month-on-month in­crease in people looking for a employer rose 19 per cent.

There are signs of pay packets growing too, with firms having to tempt prospective employees with more generous salaries.

The pay boost was largest for those working in human resources due to skills shortages. A large number of City firms have voiced concerns over the past month of a skilled labour shortage.

A trade body for the recruitment industry, the Recruitment and Employment Confederation (REC) yesterday warned that a lack of good candidates could lead to a winter of discontent for London businesses.

“The increasing lack of candidates continues to be a worry as shortages spread across more industries,” said REC boss Kevin Green.

Recruitment trade body, the Assoc­iation of Professional Staffing Companies, has reported similar trends. Data it released this week showed professional salaries up 3.9 per cent on the year.

Meanwhile, the number of vacancies on recruiters’ books had risen by 25 per cent since 2013. Current trends may have ramifications for policy makers.

“Whilst the general consensus is that wages as a whole have long failed to keep pace with price inflation, the Bank of England believes that they will start to rise in the coming months,” said Hakan Enver, operations director at Morgan McKinley.

“Our data, however, shows that salaries have continued to increase for those that secure new roles.

“In September, on average, professionals who moved from one employer to another were able to negotiate a 19 per cent increase in base salary.”