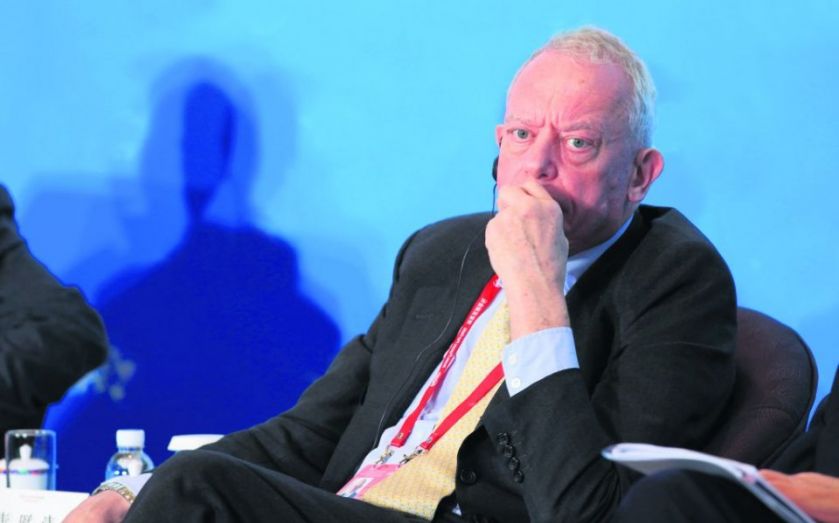 Huge numbers of finance workers are unfairly bashed by politicians whose rhetoric mixes up the misbehaviour of a few bad apples with that of the honest majority, the head of a leading City lobby group said last night. Chancellor George Osborne hit the Square Mile hard in his Budget last week, raising several billion pounds by hiking taxes on banks, as well as accusing finance bosses of unfairly dodging taxes. “The City gets a bashing, very regrettably, because of the conduct of individual firms or people. It is easy to extrapolate that into thinking the whole barrel is full of rotten apples,” said Gerry Grimstone, chairman of both Standard Life and industry group TheCityUK. “But the thing chairmen like myself have to get across is that bad things do happen, but it tends to be bad people doing those things – it is a real travesty for other people in financial services, to imagine that they are caught up in it.” And Legal & General chief Nigel Wilson told City A.M. that the poisonous atmosphere is harming the wider economy. “We need a much better climate of constructive collaboration between banks, regulators and the government to help deliver economic growth and increasing investment in the real economy,” Wilson said. “We need a strong modern UK banking system not one with low and decreasing credit ratings and a diminishing role in the world’s capital markets. The need for contrition will never pass, but the time for collaboration has arrived.” Grimstone was speaking ahead of City Week, an annual get together which hopes to inspire global firms to see London as the world’s financial services hub – but which also means the UK will be firmly in the spotlight. HSBC’s chairman Douglas Flint, Aberdeen Asset Management boss Martin Gilbert and London Stock Exchange chief Xavier Rolet are all scheduled to speak tomorrow. Grimstone said that the series of events is a chance to show the City’s importance to the UK economy and to the world – and that it is vital to show London is cracking down on bad behaviour. “We absolutely want wrongdoers to be brought to account – the more we can show this behaviour is due to certain individuals, the better it is for the sector as a whole,” he told City A.M. Grimstone also believes that accountability is vital to the promotion of popular capitalism, in which people see the benefits of open trade and investment. He called for finance firms and other businesses to speak more openly about political changes – particularly around Britain’s role in the EU – following his lead in speaking out about the potential consequences of Scottish independence last year. “Business people have strong responsibility to explain the consequences of different courses of action. Do I think it is helpful to go above that, and to say how people should vote? No, people react against that,” he said. “We are democrats, we benefit from operating in a democratic society. I’d absolutely encourage business people to explain what [any changes] would mean for them.”