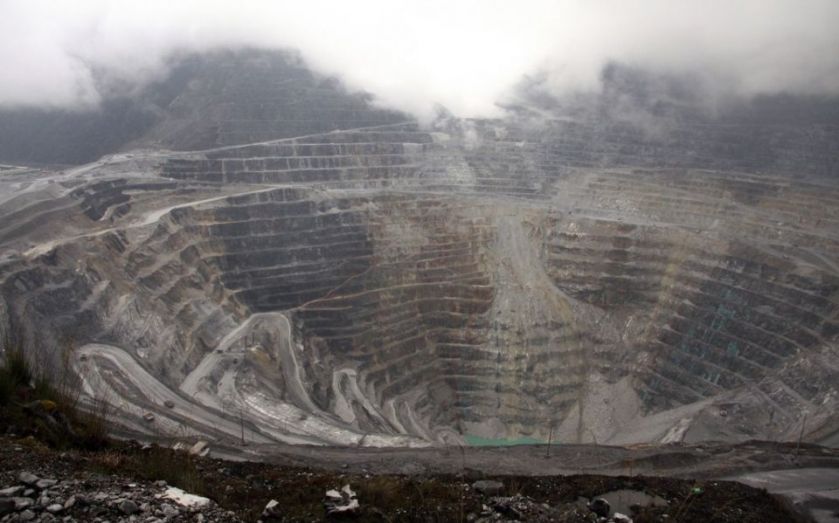 The last week of trading in September has been particularly harsh for Glencore as the company has seen its price crash through the £1 level and officially turn into a “penny share”.

As confidence in the Chinese economy’s ability to halt the slide in growth continues to wane, optimism for mining sector stocks has been equally bashed.

Nowhere has this been made clearer than in Investec’s note released on Monday morning, which stated that should these low raw-material prices continue, the company would offer little value for investors.

Investec’s analysts have avoided the normal splinters associated with fence-sitting by painting its pessimistic picture so clearly and acting as the focal point for market fears. Goldman Sachs has also contributed to the negativity for the company, stating the current credit rating will need to be downgraded should commodity prices fall by a further five per cent.

The collapse in the London-quoted Swiss-based firm has been so aggressive that the shares have been stopped and placed into a volatility auction on three separate occasions, an event this market watcher can’t remember happening since the final days of Northern Rock. One of the larger investors in the commodity firm is the Qatari sovereign fund, but with the background of continuingly weak energy prices, it is far from certain that it will have either the ability or inclination to help stabilise the shares.

A third of moves in FTSE companies normally see traders grabbing their pads in order to calculate how close the company might be to being relegated out of the index at the next quarterly reshuffle. Considering the company would need to drop by some 70 per cent or more, the likelihood is small – of course, three months ago the shares were trading at four times today’s price so it can’t be completely ruled out.

Glencore's share price is setting all-time lows, but even with it having been in oversold territory for a number of weeks it's showing no real sign that the pace or conviction of this move has been completed.

Glencore shareholders look set for further pain and debt restructuring and investment dilution as the board will now be having to consider a wide array of unpalatable options.