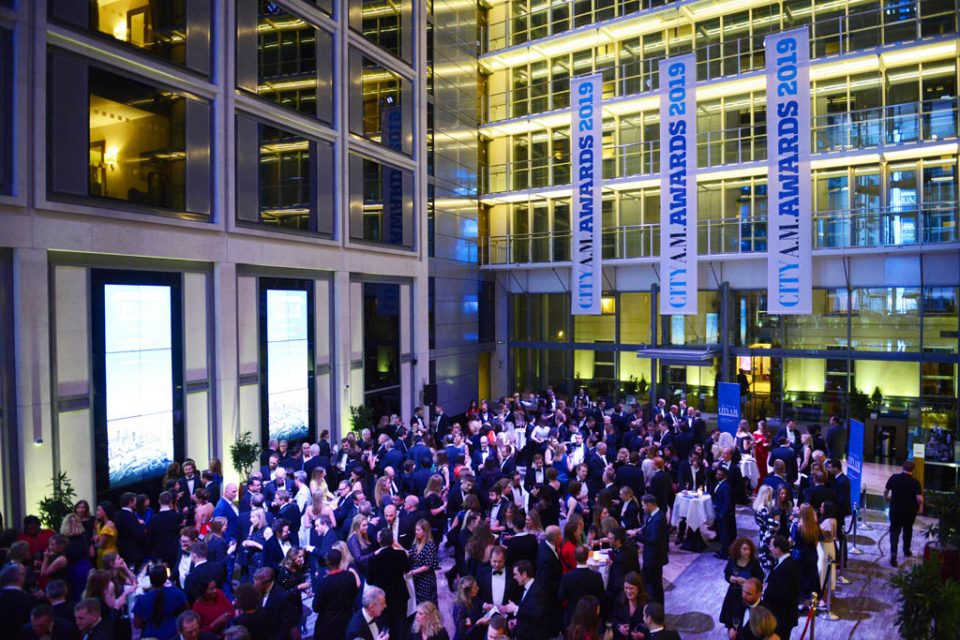 The great and the good of the City gathered in the heart of the Square Mile last night to toast the successes of their peers at the Leonardo Royal Hotel in St Paul’s for City A.M.’s 10th annual awards.

Guests enjoyed champagne from Chapel Down at the BA London City reception as host Julia Hartley Brewer delivered a bravura stand-up performance before dishing out the awards.

Hundreds of the City’s movers and shakers were in attendance as the most successful, innovative and transformative companies and individuals from across the business community were recognised.

From dealmakers to entrepreneurs, from fintech superstars to hot-shot lawyers, the City A.M. award winners all demonstrate the ambition and enterprise that is at the heart of London’s finance and professional services community.

Alastair Stewart, one of Britain’s most respected broadcasters, sat down with City A.M. editor Christian May to discuss broadcast journalism, the politics of 2019 and his extraordinary career.

Stewart, who was awarded an OBE in the 2016 Honours List for services to broadcasting and charity, said that his longevity in the profession was due to his rigorous impartiality.

He described the fall of the Berlin Wall, 30 years to the day this weekend, as the most dramatic moment of his career.

“It was the final move on a chess board between communism and capitalism.”