Cities for history and culture 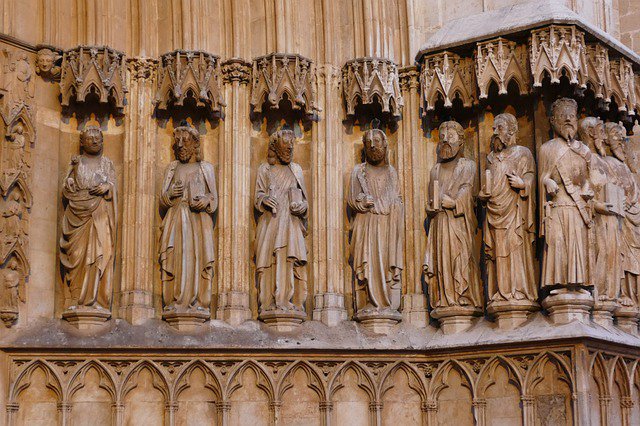 Lovers of history and culture are spoiled for choice in Spain with so many cities and regions to explore. Here are a few which should definitely be on the list.

Seville. The centre of the city, capital of Andalucia, is made up of a labyrinth of tiny streets little changed since Medieval times. It is a fabulous place to visit for many reasons, not least for lovers of history as well as the theatre and music of all kinds.

You can see signs of Seville’s rich and vibrant past everywhere. There’s the outstanding cathedral and its bell tower, known as the Giralda, all that now remains of the original Moslem mosque which stood on this site. Nearby is the Alcazar, or Royal Fortress, still used by Spain’s Royal Family when they visit the city.

Over the bridge across the Guadalquivir, Spain’s only major navigable river, is the Barrio area, where the bullfighters and flamenco dancers once lived. This is, after all, the city of Carmen and Figaro. Even today the area attracts artists and writers, many of whom have made the area their home.

Pamplona. Once an important stop on theCamino de Santiago, where the pilgrimage routes from France converged, Pamplona has plenty to offer, particularly around its Casco Antiguo, which centres on the Plaza del Castillo. Ringed with fashionable cafés, the area is an atmospheric jumble of buildings from many different eras and little lanes and alleyways, each of which is worth exploring. Look for intriguing bars hidden behind medieval shutters.

The city is best known, however, for the encierro, or Running of the Bulls, each July, when at 8 each morning six bulls are released to run from the Corralillos near Plaza Santo Domingo to the bullring, where they will fight that evening.

They take around four minutes to race a fenced-off course of just over 800 metres. A second batch of more placid animals follows, to help round up stragglers.

In front of the bulls run hundreds of locals and tourists who are foolhardy enough to test their courage.

Santiago de Compostela. The capital city of the Galicia region, was for more than 11 centuries home to one of the holiest shrines in Christendom, after Jerusalem and Rome. In the 12th century cathedral, which marks the end of the Camino de Santiago pilgrimage route, you will find the tomb with what are said to be the remains of the Apostle St James the Elder, one Christ’s followers. It was discovered in 813 and immediately started to attract pilgrims.

There is other major art as well of course, such as the sculpture of Carrion de los Condes and Sanguesa and the paintings of Jaca and Miraflores, not to mention textiles of Las Huelgos and others.

The Parador here, built in 1499 and said to be the oldest hotel in the world, has been providing lodging and shelter for pilgrims arriving in the city after walking the Camino de Santiago since it was built.

Tarragona. A spectacular city in which to combine culture and history with plenty of seaside air and beach life to add to the mix. Tarragona sits in a fabulous cliff top position on the Costa Doradain the north east of the country.

As in many Spanish cities, you can hardly move here for Roman remains, including those of an amphitheatre, once the venue for bloody battles between man and beast, not to mention an 18th century palace built within Roman walls. There’s also a fine Gothic cathedral.

And if you tire of all that city culture and feel the need for far-reaching vistas, you could also go for a stroll along the tree-lined Rambla Nova, which leads to an observation platform from where you can marvel at the sweeping views of the coast, or head off to the Passeig Arqueologic, or archaeological walk, along the foot of the massive city ramparts.