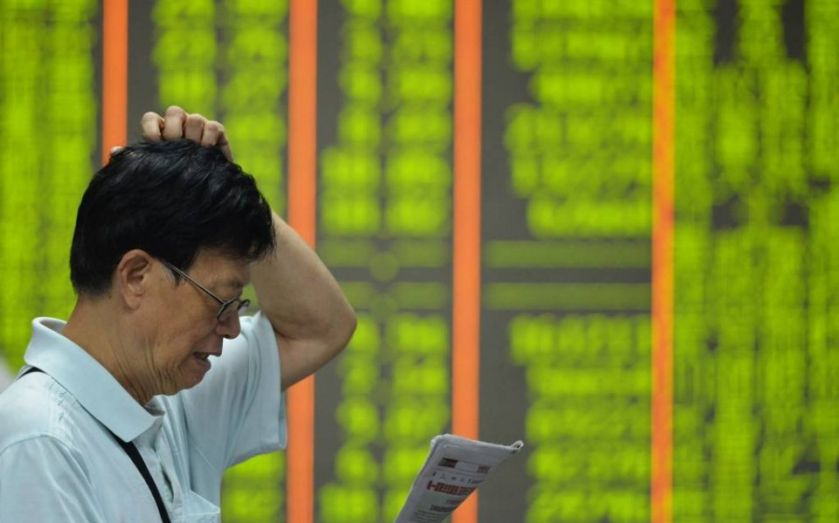 The Chinese government and regulators are currently learning some of the more harsh lessons that their Western counterparts have found out over the last century or so. You can fight free markets as much as you want but sooner or later you will lose.
Monday’s 8.5 per cent fall in the Shanghai Composite, when added to last week’s collapse of 11.5 per cent, has now seen all of the gains in 2015 wiped out.
When you consider some of the more extreme measures such as the banning of short-selling, the strong-arm tactics to encourage brokers into buying equities, and the reduction of red tape for investors to utilise leverage on properties to trade, this must be even more galling.
August is renowned for its thin volumes, and if these moves had been driven by an increase in sellers rather than an absence of buyers then a longer-term malaise towards equities rather than the current frothiness would be warranted.
The current seven per cent growth target that the People’s Bank of China (PBoC) has pencilled in for the year is looking increasingly unattainable, and might well trigger regulators into improving investor liquidity by lowering the reserve ratio requirements and further cuts to interest rates.
When you consider some of the measures already introduced this year it does not seem like a particularly outlandish expectation, and it might not be too much longer before investors once again look at this bad news as ultimately being good news.
A combination of collapsing markets, government indecision and thin trading volumes appear to be brewing the perfect mix for the volatility index, with the Vix having doubled in the last three trading days.
It is worth noting that this barometer of panic is showing mixed unity with the other common bellwether: gold.
The precious metal’s price has failed to make any meaningful effort to break back above the $1,200 level and is showing that the flight to security is not yet in full swing.
These current levels in the Vix, at 28, are still some way off the spikes we saw in 2010 and 2011, and only a third of the measure registered back in 2008 when it almost broke above 90.
Investors will be only too aware that this week still has the opportunity to offer investors fresh impetus especially as the Jackson Hole symposium will be happening at the end of the week, and even with the absence of Federal Reserve chair Janet Yellen there might be opportunities to gain a little more clarity on future interest rate decisions.