What is the Higgs Boson? China's collider to study particle in unprecedented detail 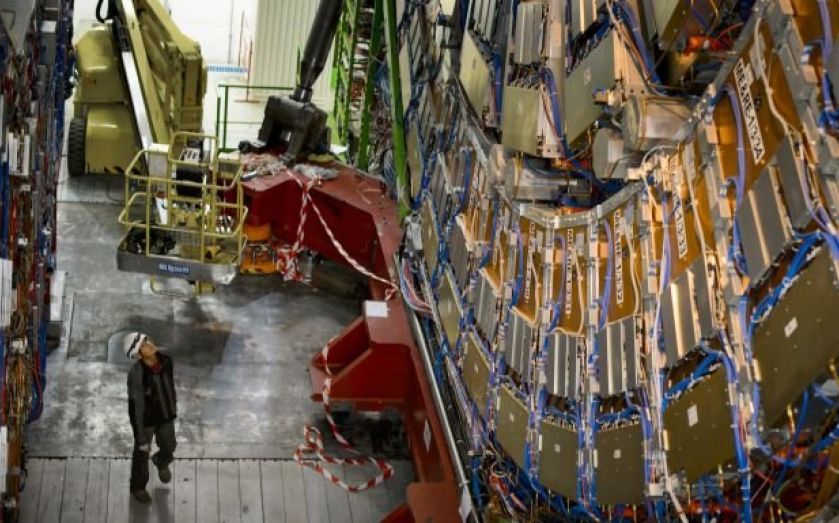 Large Hadron Collider, eat your heart out. China is planning to build a bigger, better particle collider that will be able to study the elusive Higgs Boson particle in unprecedented detail.
With a circumference of 52km, the “Higgs Factory” would be almost twice the size of Europe's equivalent, and significantly more powerful. The Chinese said it is due to be completed by 2028.
Europe's Large Hadron Collider (LHC) was finished in 2008 and sits at CERN, the European particle physics laboratory near Geneva in Switzerland. Twenty-seven kilometres in circumference, it is currently the most sophisticated collider in the world.
In fact, its capabilities are so immense it was able to recreate the conditions that existed in the universe a billionth of a second after the Big Bang happened, helping us to understand the particles and forces that shaped our universe into what it is today.
Most notably, it was the LHC that led scientists to make their first ever discovery of the highly sought after Higgs Boson in 2013. The existence of the mysterious particle was predicted 50 years ago but its minuscule nature has made it extremely tricky to track down.
We have only just scratched the surface of this perplexing particle, however, and researchers at the Institute of High Energy Physics (IHEP) in Beijing are hoping to take it a step further with their $13bn collider.
Understanding the Higgs
A collider works by directing two beams of particles at each other at extremely high speeds. The energies that these particles hold is so high that when they collide, the by-products and their interactions with each other can give good evidence of the structure of the subatomic world and the laws of nature governing it.
Many of these by-products are produced only by high energy collisions and decay after very short periods of time. As a result, they are hard or near impossible to study in other ways.
One such (supposed) by-product is the Higgs Boson, and by studying the interactions of particles in the collider it is hoped scientists will be able to determine, once and for all, whether the Higgs definitely does exist. This could have huge repercussions for our understanding of the world through the standard model of particle physics.
The standard model, which has taken physicists decades to develop, offers a framework in which all known particles and forces of nature sit. A major but currently unidentified part of this is a quantum field responsible for giving particles their masses, called the Higgs field. Since all quantum fields have a particle associated with them, the particle associated with the Higgs field is the Higgs Boson.
Unless we are the subject of some huge trick, the particles around us definitely do have mass. We can assume, therefore, that the Higgs Boson exists if the standard model is accurate. But its existence has not yet been fully proven: last year's discovery was only an indication of it.
“One of the main aims of particle physics over the next couple of decades is to prove once and for all the existence or nonexistence of the Higgs boson,” Stephen Reucroft, member of the elementary particle physics group at Northeastern University, told Scientific American.
Shift in Power
If the plan is approved, China would become the world's number one player in particle physics for years to come.
This would mark a significant shift in power, since Europe and the US have traditionally led the way in this field. In fact, China is currently lagging way behind, with its largest collider being a mere 0.24km in circumference.
This has led some critics to describe the plan as over ambitious, including Brian Foster from Oxford University who believes the country will need international assistance to see it through. In an interview with Physics World, he said: “They maintain that this will be a Chinese project, although they also admit they don’t have the people to build it themselves, so assistance from the international community would be required.”
And he may well be right. After all, building Europe's LHC required collaboration with over 10,000 scientists and engineers from over 100 countries, as well as hundreds of universities and laboratories.
Share
Tags: NULL