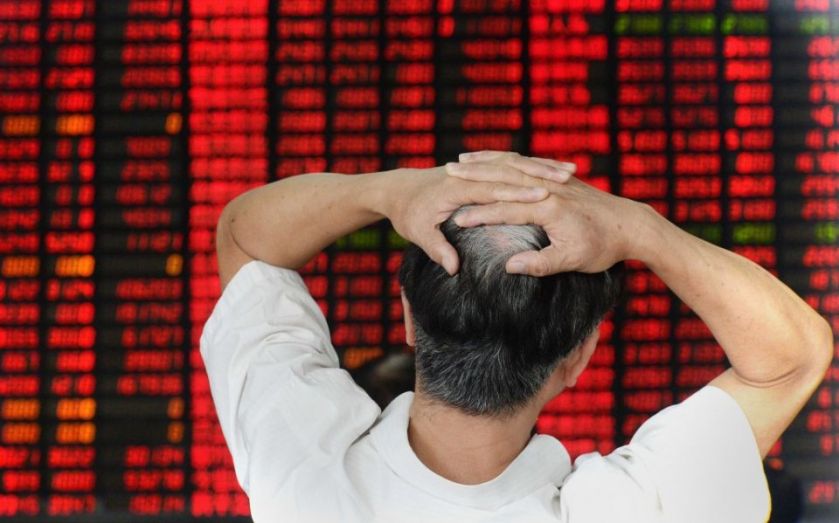 One week on and investors are still digesting the impact of China’s sudden currency devaluation.
Last week the People’s Bank of China (PBOC) dropped the daily reference rate it sets for the yuan by 1.9 per cent, and committed to taking the market’s views into account when setting the currency’s value in future. Consensus among investors is that the currency had been too high, so traders will pressure the yuan lower.
The news sparked speculation over China’s true motives – whether it hopes to liberalise the currency to win status with the IMF, or whether it was a desperate attempt to boost a slowing economy.
The PBOC has continued to set the yuan’s daily rate at a much lower level than before, but regardless of events inside China, some experts are warning the knock-on effects for global markets are only just beginning. “I wonder if the legacy of this regime shift will be felt for longer outside of currency markets and outside of China,” says Kit Juckes of Societe Generale.

The biggest worry for economists now is that deflation could be transferred from China out to the Western world. Prices of goods manufactured in China will be cheaper for Western consumers to buy, and these low prices, at a time when inflation is close to zero, could mean Europe and the UK are importing deflation.
“Of concern is the potential wave of deflation that could emanate out across markets from the world’s second largest economy,” says Ben Seager-Scott of Tilney Bestinvest.
“Given how low inflation levels currently are, this could damage the global economic recovery by weakening consumer demand and increasing the real debt burden.”

The big investment story in emerging markets has been the growth of the consumer. The idea goes that newly wealthy people – particularly in Asia – will begin siphoning off more of their monthly income to spend on non-essentials.
Funds focusing on fast moving consumer goods companies and other areas of discretionary spend have been raking in assets.
But the yuan devaluation will raise the price of foreign goods in China.
“People see currency movements as a zero sum game, but they’re not. If a country devalues their currency, you make imports more expensive and people buy less. Inflation goes up and people have less money to spend,” says Ben Gutteridge of Brewin Dolphin.
While the long-term emerging markets consumer story may still be intact, in the short term consumers may be reluctant to spend. Holders of Asian funds backing the consumer trend should be realistic about the potential gains to be made in these funds through the rest of 2015.

Analysts have warned the S&P 500 is being held back by a strong dollar. The index has barely made any ground this year, and the results were unspectacular during the recent reporting season. “The issue with the strong dollar comes down to corporate profitability. US companies’ exports are more expensive and therefore less competitive. That has put pressure on corporate earnings,” explains Adrian Lowcock of Axa Wealth.
This could be further compounded by the weaker yuan, and mean the S&P 500 may struggle again to make any significant headway in the short term.
“Yuan devaluation could also further weaken US profitability by pushing the dollar even higher… It exacerbates the problem for US corporates,” says Seager-Scott.
Short-term investors could use a period of stagnation in the S&P 500 to allocate some of their US assets to other areas. European equity markets are being widely tipped as good value with the potential for further gains.

For now China is keeping the yuan around 1.7 per cent lower, but there is speculation over whether this could be the first of several rounds of devaluation. This alone could be enough to keep other Asian currencies weak.  “That threat means they may not appreciate. It would take a very brave investor to get excited about Asian currencies right now,” says Gutteridge.
Speculators have already got on board with this notion, and a range of Asian currencies have been volatile since the announcement. The Indonesian rupiah and Malaysian ringgit fell to their lowest levels since 1998, and there have been few signs of this volatility abating. At one point yesterday the ringgit was over 1 per cent weaker than previously against the dollar.
Depending on how the market perceives the chance of further currency weakening in China, there may be opportunities to short Asian currencies linked to China, including the Singapore dollar, Philippine peso and Taiwan dollar.