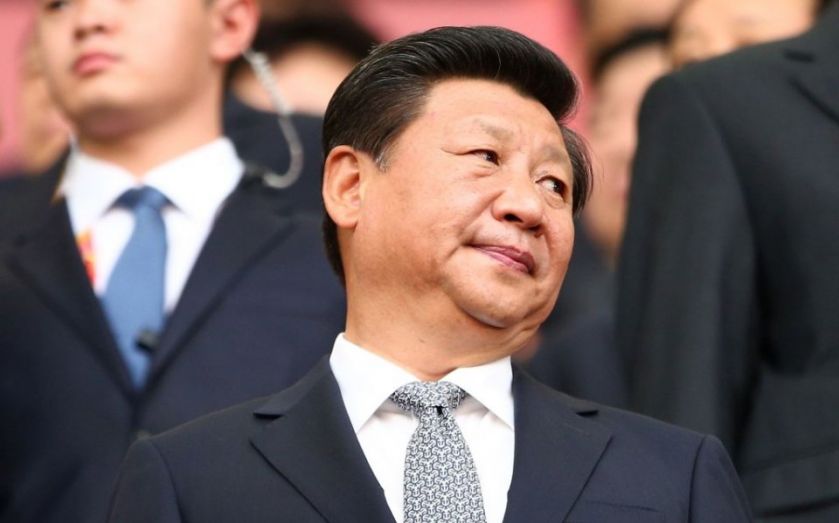 I thought I smelled a rat. As I have often told my European colleagues – fond as they are of conspiracy theories about American foreign policy – they have the wrong Shakespeare play in mind: America is more Hamlet than Macbeth. By that I mean that, whereas outsiders to the policy world often assume great nations are governed by figures out of House of Cards, who are amoral (at best) but supremely gifted, the reverse is more often true. Like the Bard’s Prince of Denmark, decision-makers tend to be tentative, weak-willed, and often not all that competent.
Regular readers of this column know that I have begun to suspect that western analysts may well have wildly overrated the party leaders in Beijing too. The latter’s comic and desperate efforts to stem the recent stock market crash have proven my Hamlet point yet again; in terms of competence, the emperor is simply not wearing any clothes.
Read more: Chinese stock market crash 2015: Capitalism is not in crisis – but China’s phoney model is
The events that have occurred since my initial suspicions were aroused have merely confirmed this. The Communist Party leadership, desperate to avoid looking in the mirror, has scapegoated stock analysts for reporting the bad news, punishing 197 people for spreading “rumours” – or doing their job. As the market has continued to tumble, Beijing has commanded its giant government-controlled State-Owned Enterprises (SOEs) to buy shares to support prices. It has also doled out cash to large brokerages to do the same.
Things have become so Kafkaesque that I believe the Wall Street Journal’s report that, in July 2015, Xi Jinping, China’s paramount leader, issued an otherworldly executive order that Chinese stock markets must go back up. None of this inspires great faith in me that the mandarins truly understand how capitalism works.
The stock market ructions have certainly exposed China’s medium-term existential problem. Can the country – as has proven very rare in history – escape the middle-income trap?
Read more: Chinese financial crisis 2015: Is there cause to be upbeat about China at the moment?
Can Beijing shift away from its old economic model of easy credit and export-fuelled growth towards one based on services and domestic consumer spending? Beijing’s authoritarian government, like that of the once formidable USSR, has proven itself adept at dramatically creating an export power out of a vast and heretofore poverty-stricken country. But it is an open question as to whether it can move up the value chain; such a transformation requires qualities of openness, creativity, and freedom that don’t spring to mind when thinking of the People’s Republic.
But all that is for another day. For now, China is hardly likely to go down the plughole, showing few signs of heading towards a hard landing. The property market – a far more important indicator of the overall health of the Chinese economy than the equity market – has stabilised in recent months. Adding on construction, it accounts for up to one-quarter of Chinese GDP, underpinning the banking system. It is a fact that the economy is slowing markedly, but even at 5 per cent growth this year, which is at the bearish end of estimates, China’s growth in 2015 will add more to total world output (given its now immense economic size) than the whopping 14 per cent expansion Beijing posted in 2007.
So why has China’s downturn triggered such global hysteria? Frankly, the reaction tells us far more about the parlous state of the world economy than anything else. The world has gormlessly counted on China to grow forever at more than 7 per cent, serving (along with the US) as the overall motor of global growth. That this can no longer be taken for granted underlines the perilous fact that there simply are no available candidates out there (Europe and emerging markets don’t pass the laugh test at present) to pick up the global slack.
The end of China’s endless good news story merely underlines the far less commented upon bad news story regarding the lack of growth in the rest of the world, which has come to excessively rely on Beijing to pull its economic chestnuts out of the fire.
But there is an immediate danger that springs directly from China’s slowdown. Several emerging markets (Brazil, Indonesia, Turkey, South Africa) are in grave peril, both because, as commodity exporters, they are acutely vulnerable to the slowdown in Beijing, as well as being at the mercy (due to excessive current account deficits) of the impending US interest rate rises, as their debt tends to be denominated in dollars. Their crash is entirely possible, and amounts to the story within the China story. China is sneezing. Watch as the emerging market world catches a cold.