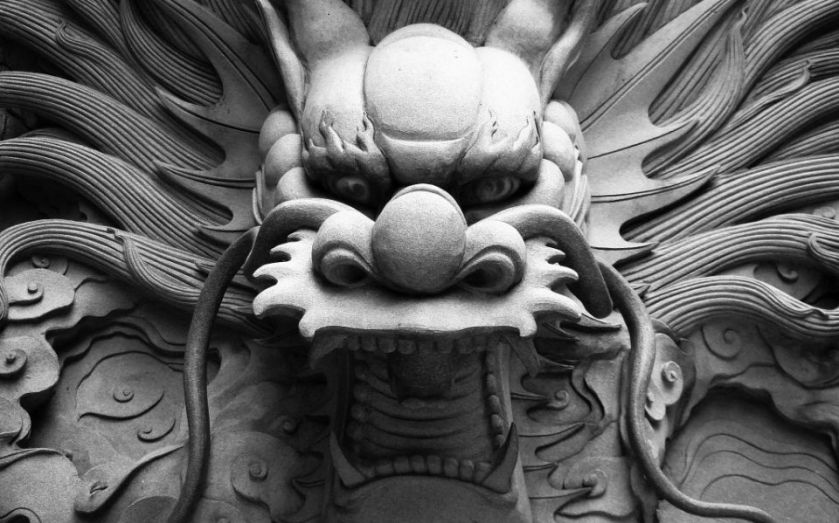 China's equity markets have rocketed – is this a bubble waiting to burst or the market unleashing its true potential?
China is a world of contradiction for investors. With its billion-strong population and the second-largest economy in the world, it should have been a marvellous place for investment.
Not so. The giant economy that has been growing between 7 and 14 per cent annually for the last decade has failed to create a thriving stock market, and shares have been performing poorly. Investments on China’s benchmark stock market, the Shanghai Composite, made a loss of 30 per cent between 2009 and July last year.
“One of the issues with China in the past is good economic growth has not translated into good corporate earnings growth,” explains Stuart Parks, manager of the Invesco Perpetual Asian fund.
But things have changed radically. The Shanghai Composite has ripped ahead and risen 173 per cent in the past 12 months.
Some experts are calling it a bubble, but others believe this is just the start of China unleashing its true potential.
So what’s going on in China? To start with, the authorities have recently made it easier for people to invest in the country.

There are two equity markets in China. The Hong Kong stock exchange, known as the H shares market, and the Shanghai exchange, called the A shares market.
Unlike the UK’s FTSE 100 or the US’s S&P 500, which are freely accessible to anyone who visits a stockbroker or platform, shares in Chinese companies have been a tightly controlled market. But a landmark initiative was launched last November allowing foreign investors to buy Shanghai-listed A shares through a Hong Kong broker. It was a called the Shanghai-Hong Kong Connect service and was a pivotal moment in the opening up of China’s investment markets.
Of course, many Western fund managers jumped at the chance, and this is one of the reasons shares in Chinese companies have done so well. “It has gone a bit nuts,” explains Justin Oliver of Canaccord Genuity Wealth Management. This was a form of government stimulus, as of course the authorities were aware that opening up the stock market would cause it to rise rapidly. It has been described as a “state sanctioned bull run”. 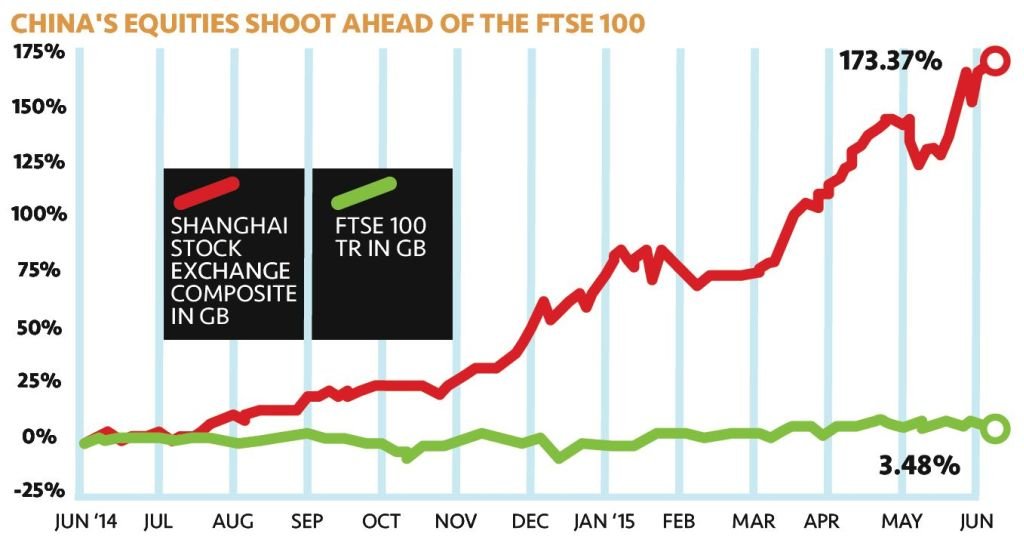 Investment fever has also gripped ordinary Chinese people, and the last few years have been characterised by rapidly rising property values, a huge growth in wealth management products and an escalation in debt. People have been very aware that the economy has been flying, and have been keen to get a piece of the action.
The stock market is the latest site of this fervor and there has been a “stampede” among domestic investors, says Canaccord’s Oliver.
But this doesn’t necessarily explain all the growth in Chinese equities. Some people believe that the rise in equities is just payback for a long period of poor performance.
“The market has gone up dramatically in a short period of time and that’s made people nervous,” says Andy Rothman from Matthews Asia.
“But over the last five years it had one of the fastest growing economies in the world and one of the worst stock markets, so now we are seeing a big catch up. It’s unfortunate it’s happening in such a short period of time.”
Moreover, one happy side effect of increased attention from international investors is that Chinese companies will be subject to greater scrutiny. Investors in the West have high standards when it comes to assessing businesses, but historically the cultural ethos in China has been more about ensuring full employment than making companies profitable. The business community has been willing to accept inefficient use of labour in the system.
“There are signs at the edges that the government recognises the need for corporate profitability to improve,” Parks says. Now even companies such as China Mobile, which has 800m customers, are talking about the need to make profits as the primary goal of their business. This may seem odd to Westerners, but it is still a new concept in China.

China’s tremendous growth rates of the last decade were largely driven by investment in infrastructure. The authorities have shown boundless ambition as new towns have sprung up around the country, alongside endless roads and massive power plant schemes.
Not all of this has been put to good use, and critics highlight the problem of just-built ghost towns, empty shopping malls and freshly tarmacked roads that lead to nowhere. Clearly this wasteful building could not go on forever, and authorities have been trying to shift the country towards a consumption-led economy. This will take decades, and in the meantime growth will be slower. “There was always going to be a sharp growth slowdown,” explains Oliver.
At the same time there has been a massive build-up of debt in China. A year ago it seemed as though a "shadow banking" crisis was about to engulf the economy, although the authorities have since stepped in to try and contain the situation.
As a response to problems in the economy as a whole, authorities have “eased” monetary policy, by lowering interest rates three times in the last six months. “Policy easing in China is effectively trying to stimulate the economy,” he adds.
This is creating a more accommodative environment for businesses, and some investors have been buying up Chinese shares in anticipation of better times ahead.
The crucial thing to remember is the 170 per cent rise on the stock market is “nothing to do with economic growth rates, which have continued to fall,” says Invesco’s Parks.
“China is at the same place now where countries in the rest of the world were two or three years ago,” he explains. “With the economy slowing, inflation non-existent, the central bank has a straight road with what it needs to do.”
There are even rumours China will begin a money-printing programme similar to the QE that has revitalised the economies of the UK, US, Japan, and most recently Europe. This will mean a big cash injection into banks and businesses, which will eventually find its way into investments on the stock market. “That’s the main reason China has been such a stellar performer,” Parks adds. “This eased environment will lead to improved company earnings.”

SHOULD I GET INVOLVED?

Most of the wealth managers I spoke to had no direct investments in Chinese equity funds. One of the reasons for caution is China remains a centrally controlled market. Although the dramatic rise in the stock market has given people renewed confidence in the slowing economy, in the past authorities have acted to dampen things before they become too wild. “The authorities have a nasty habit of stepping in and stopping animal spirits getting too far out of control,” Oliver explains.
Over the longer term, China will continue opening its stock markets to the world, while good corporate governance will become more embedded in the culture.
A good way to have some exposure to developments in China with a lower risk of getting burnt is to buy a dedicated Asian or emerging markets fund. Fund rating specialists Fund Calibre have highlighted three good ways of accessing China in the sidebar to the left.
In terms of how much of a portfolio to allocate towards Asia, Canaccord’s Oliver says Asian exposure makes up 7 per cent of an aggressive growth portfolio at his company.