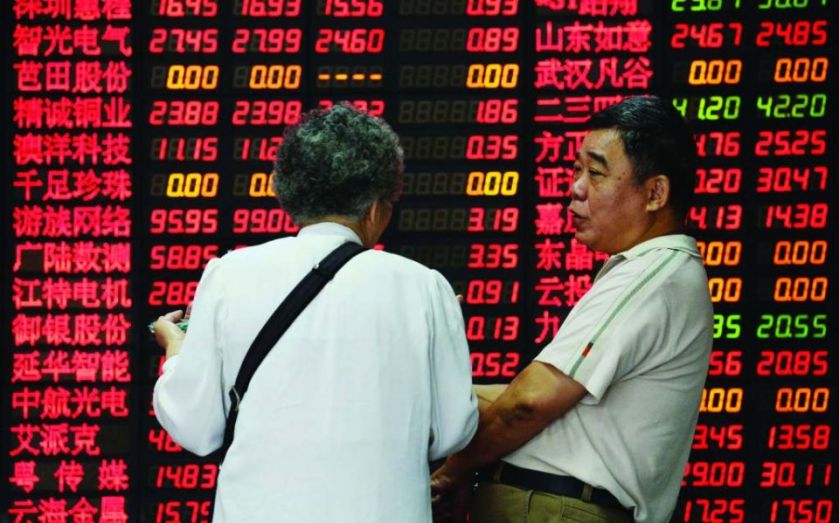 Three years ago China was in the grip of a walnut investing bubble. In an episode akin to 17th century tulip mania, wealthy Chinese paid up to £3,000 (¥30,000) for a pair of walnuts which cost £36 (¥350) several years prior.
In the belief that rolling a nut in the palm of the hand is good for circulation, a huge industry of brokers and collectors was spawned, and the price of walnuts ballooned.

Fast forward to today, and China’s stock markets are the latest site of investment mania. The Shanghai Composite has soared 180 per cent in the last 12 months, but unsurprisingly this has not been accompanied by a sudden change in corporate health.
For the first time in China’s history, traders outnumber members of the Communist party. There are now a record 90m individual investors, according to recent statistics from the China Securities and Depository Co.
When that figure is set against the 87.8m Communist Party members, it is clear how culturally entrenched investment has become.
But perhaps the ultimate sign of how far investment fever has gripped ordinary Chinese is the fact that casinos are feeling the pinch. “Macau casinos have reported a halving of traffic from mainland China, and at the same time there has been a 15-fold increase in the number of China’s broking accounts. The activity has literally moved from the casinos to the stock market,” explains Paul Niven of F&C Asset Management.

From a Western perspective, China’s equity markets certainly look like a bubble. And it seems to have been pricked. In echoes of China’s last stock bubble in 2007-2008, the Shanghai Composite has swung wildly in the last few weeks. It slumped 22 per cent in the middle of June, putting it into official bear market territory, which is considered a fall of 20 per cent or more. It then bounced back, and ended the month seven per cent lower.
Since every aspect of China’s economy is normally tightly controlled, the rapid rise in the stock market has been described as a “state-sanctioned bull run”. But as the markets rose ever higher, the big question has been whether the authorities would move to calm the market before things became too wild. “The authorities have a nasty habit of stepping in and stopping animal spirits getting too far out of hand,” explains Justin Oliver from Canaccord Genuity Wealth Management.

This seems to have begun. In mid-June the local securities regulator banned stock market brokers from working with so-called umbrella trusts, which provide investors with margin funding for stock speculation.
This appears to have been the immediate trigger for the fall in the stock market, says Mark Williams from Capital Economics.
It remains to be seen whether further measures to quell the market will be introduced, or if the bubble has indeed begun to burst.
Western investors have been watching from the sidelines, both bemused and curious. Foreigners currently own less than two per cent of Chinese stocks by market capitalisation, so the effect on overseas investors will have been minimal. But there is no doubt that China will one day soon play a much bigger part in Western investor portfolios.
The big shift will come when investment index providers such as MSCI begin to include mainland Chinese shares – known as A shares – in their indices. When this happens, passive investment funds tracking emerging market indices will be forced to buy up local Chinese equities. Billions of pounds of investor cash will pour into the market
Last month MSCI decided to hold off from adding A shares to its benchmarks. But others in the market including Vanguard and FTSE Russell have pressed on with including mainland shares in their indices, bringing the inevitable moment when China goes mainstream ever closer.