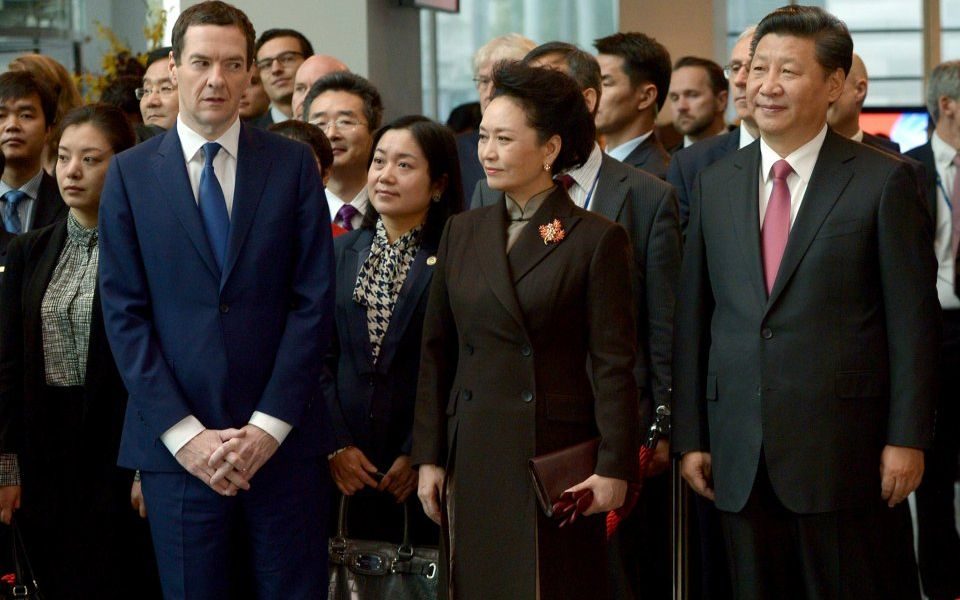 When former chancellor George Osborne visited China in 2015, he pronounced it the start of a “golden era” of Sino-British relations. Britain threw itself into tens-of-billions of pounds worth of trade deals, Osborne turned a blind eye to a litany of Chinese human rights abuses and President Xi Jinping even joined David Cameron for a pint down the local pub near the PM's Chequers residence.

How times have changed. Last week, days before chancellor Philip Hammond was expected to visit Beijing, Britain’s defence secretary Gavin Williamson said he would send his shiny new warship, the HMS Queen Elizabeth, to the Pacific. As Russia and China build their military might, “the boundaries between peace and war are becoming blurred,” he said, adding Britain must use force to “oppose those who flout international law”.

Unsurprisingly, the ham-fisted move provoked Chinese ire. Far from putting a stop to Xi’s geopolitical bullying in the South China Sea, the only thing Williamson has torpedoed is Hammond’s trip, which was almost certainly a vital bid to boost trade links as the UK hurtles towards a no-deal Brexit

But Williamson’s gaffe is emblematic of the way the “golden era” has lost its lustre since Theresa May became Prime Minister. In the opening months of her leadership, she delayed signing off on building the Hinkley Point C nuclear power plant with Chinese investment on “security and economic” grounds, showing a level of unease at Chinese involvement in British infrastructure that was not shared by her predecessor.

Then, when May visited China last year, she resisted heavy pressure from Beijing to become the first G7 leader to give blanket support to the ambitious Belt and Road Initiative, which has seen China throw its economic might behind a sprawling selection of major infrastructure projects throughout Europe, Asia and Africa, as well as quizzing Xi’s deputy Li Keqiang on human rights.

Compare this to the Cameron-Osborne years, in which the then-chancellor drew praise in the Chinese media for being “the first Western official in recent years who focused on business potential rather than raising a magnifying glass to the ‘human rights issue’,” and May’s approach to China appears markedly cooler.

Indeed, when Xi visited David Cameron in 2015, he left with nearly £40bn worth of trade deals. On May’s visit last year, she came home with a vague promise of just £9bn worth of them.

In the wake of Williamson’s incendiary speech, Osborne told the BBC he found it “very difficult” to work out the current government’s policy when it came to China, accusing Williamson of “gunboat diplomacy”.

“At the same time the chancellor and the foreign secretary are going around saying they want a close economic partnership with China,” he said. “At the moment it looks all at sea.”

Osborne is not alone. Throughout Britain's financial and political circles, there is increasing uncertainty regarding the UK's stance towards China – a position that could change again when May finally, as promised, stands down and allows a successor to gain the keys to Downing Street.